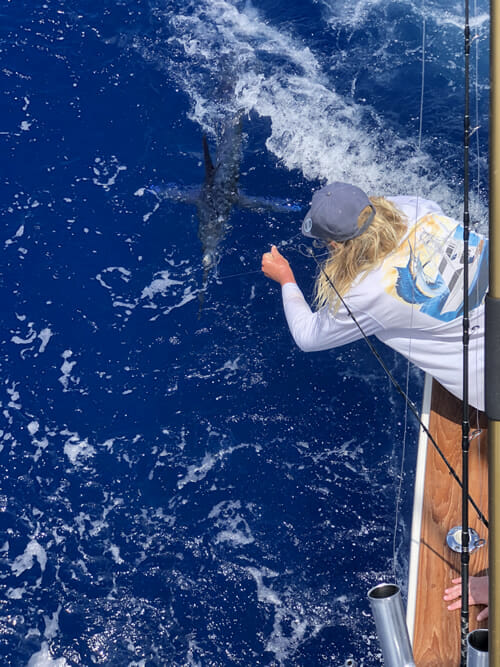 Many people travel to the beautiful Florida Keys to book a fishing charter and some expect to come down here and catch Marlin. Perhaps it is the stories of Ernest Hemingway or the fact that our professional baseball team in Florida is named the Marlins, but the fact is we don’t catch Marlin all that often here in the Florida Keys. We catch far more Mahi (Dolphinfish), Blackfin Tuna, Yellowtail Snapper, Sailfish, Grouper, Wahoo, and Swordfish to name a few. Marlin is typically caught more frequently in places like Australia, Hawaii, Mexico, Puerto Rico, and Portugal.

When a charter or private boat catches a Marlin in the Florida Keys, it is automatically considered an epic day! Our fleet is on the water 300+ days a year (excluding pandemic shutdowns and devastating hurricanes). Even when fishing about a  thousand trips a year, we only see a small handful of Marlin so the fact that we caught both a Blue and a White Marlin this month within 5 days of each other is kind of a big deal!

Last week the Mahi fishing was very inconsistent. One day we found schoolies (small Mahi), gaffers (medium Mahi), and, slammers (large Mahi), and the very next day they were all undersized and illegal to harvest. Days like that are the most challenging for us this time of year, as Mahi season is when customers often have high expectations of catching a ton of fish, loading the boat with meat, and packing it into their freezers at home.

Last Tuesday, 6/16/20, we had Chris Bullard and his family on board Main One. They booked a full day trip and departed at 7 am. It was a beautiful day but the fishing was tough, to say the least.  The Mahi were few and far between, and the fish they did find were too small to keep. As the time to head back approached, Captain Marty decided to extend the length of the charter in hopes of finding something for his junior anglers to get excited about.

Captain Marty and mates Digger and Christian decided to put out a full trolling spread in a depth of 600 feet. Eventually, a billfish popped up near the right rigger bait and Captain Marty yelled from the tower to drop it back to the fish. The fish went for the rigged ballyhoo with a pink skirt and hooked up! Our junior angler for the day, Tommy, handled the beautiful and rare  White Marlin like a pro. He fought the fish on a conventional Penn Fathom, using 25-pound test line, with an 80-pound leader.

The Marlin jumped several times, putting on quite an acrobatic show. White Marlin do not get as large as Blue Marlin, however, they are even rarer than a Blue Marlin in the Florida Keys, which added to the overall excitement. Captain Marty noted the Marlin did not charge the transom and was quite content running from the boat causing Marty to back down on the fish to keep plenty of line on the spool. The fish weighed approximately 75 pounds and the total fight time was about 20 minutes before a successful revive and release.

A group text message came through to the Main Attraction crew at 2:28pm “Just caught a white marlin”. Tommy and his family were so excited and so was the Main One crew!

Just five days before this trip on  6/11/20, Cody and Digger caught a Blue Marlin aboard the Main Attraction I. On their way out to the Swordfish grounds which are located 30+ miles offshore, they began to troll a Marlin spread with several teasers. While catching Marlin is rare in the Keys, every fisherman knows if you don’t try, you can’t catch one! Cody, who was running the Main Attraction,  saw a billfish come up on the right teaser and started yelling to first mate Joe to reel in the teaser FAST!

Digger, our well-known mate, who recently got his Captain’s license (Congrats!), had a conventional rod ( with 30-pound line and 100-pound leader) ready with a rigged ballyhoo. After the teaser was out he dropped the rigged bait back to the blue marlin. The overall delivery could not have been more perfect. The blue marlin was hungry and ate right away and the show began! After an epic 45 minute battle, the fish was successfully caught and released. The Blue Marlin was estimated to weigh somewhere between 300-350 pounds.

After the Blue Marlin, they reached the Swordfish grounds and successfully caught a Swordfish! They headed back to the reef to meet another one of our boats to get a load of live bait for Sailfish to try and complete the highly coveted Keys Billfish Slam, but alas lady luck was finally done with them for the day and they weren’t able to convert their trip to a slam. Still an awesome day of fishing, and further proof that every day is different out on the ocean, and it is amazing what you can find if you get out there and try! If you wish to join the Main Attraction on a fishing adventure offshore, call us at 305-289-0071 or visit our contact page. 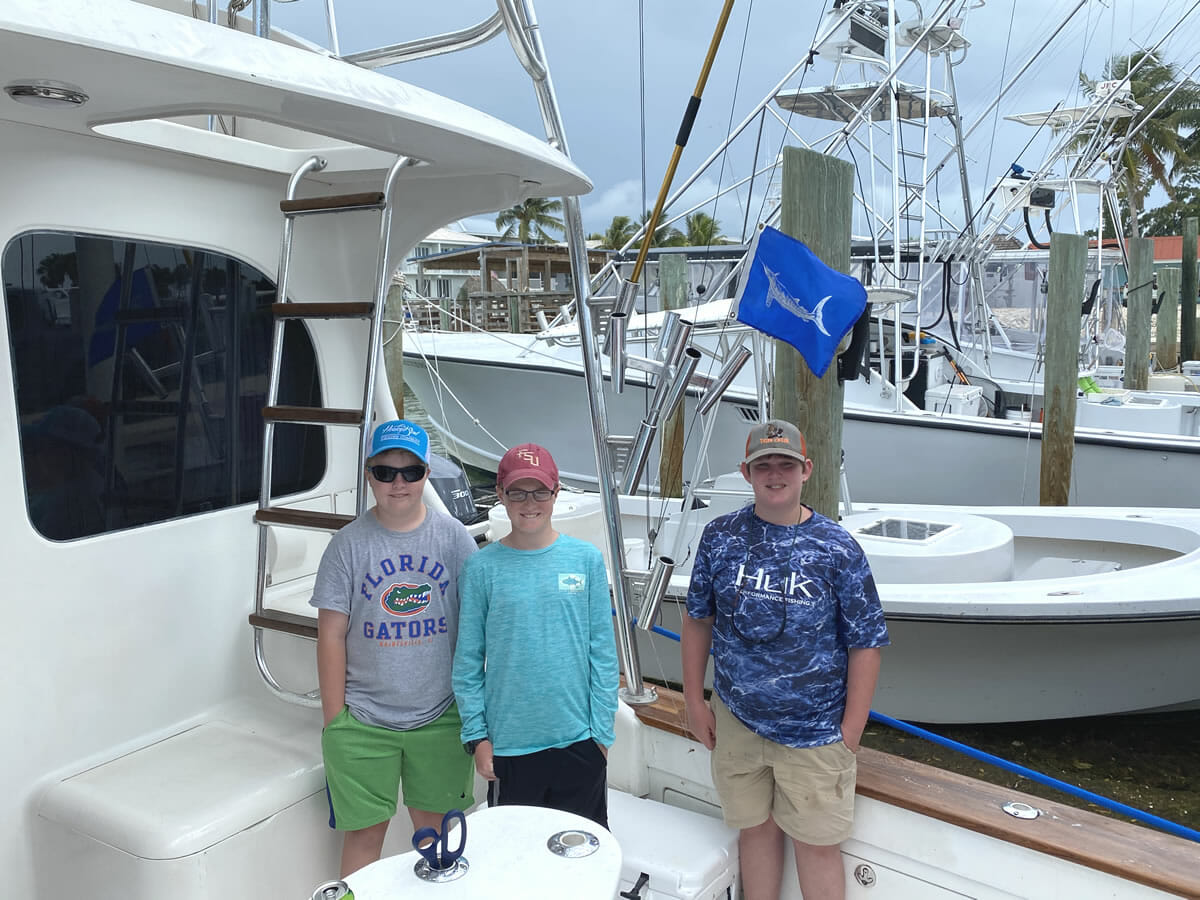