This summer has been incredibly busy for the Main Attraction Sportfishing fleet, and as summer is winding down, that means once again it is time for Mini Lobster Season. Mini-season is so much fun that we no longer offer lobster charters at Main Attraction during this event, allowing us to take some time off and catch lobster with our friends and family instead!

Thousands come to Keys from near and far to participate in the two-day recreational mini lobster season. This sport season allows anyone the opportunity to catch lobster before the commercial traps go into the water.

While mini-season is a blast, it is best enjoyed when you have good weather and respectful people on the water.

It is also wise to be careful during this event as amateur boaters combined with lobster fever can sometimes lead to accidents on the water. 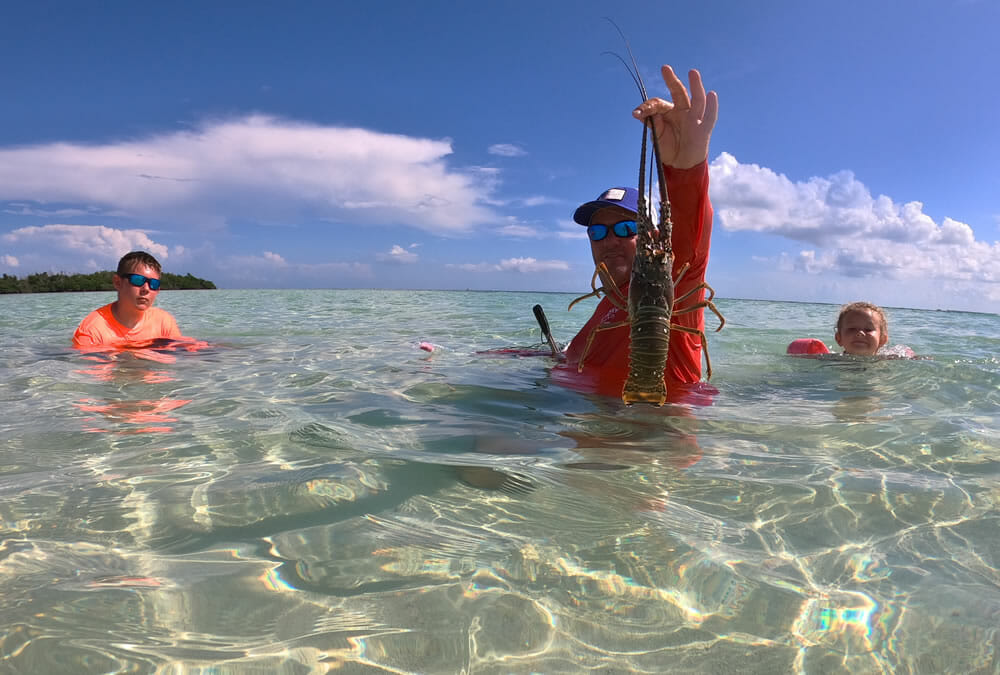 Every year, the mini-season is held on the last Wednesday and Thursday of July, and this year was no different. Captain Marty and his family loaded the Reel Attraction, got up at 4:30 am, and left the dock by 5:30 am to begin their search for the tasty sought-after bugs. 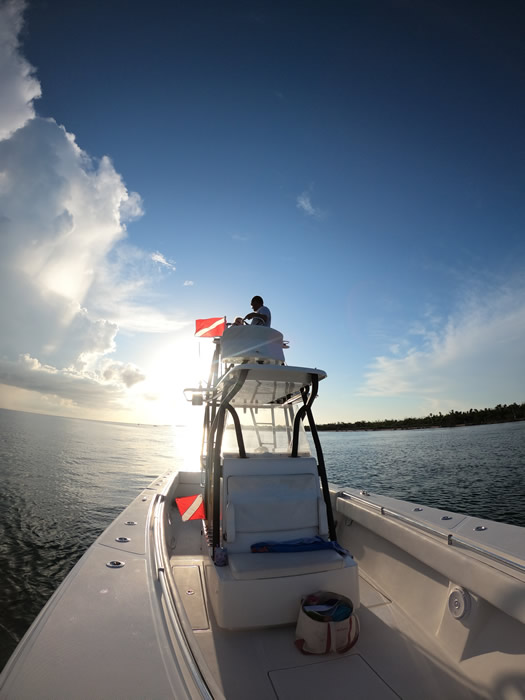 Notice the dive flags aboard the Seahunter which let other boats know that Captain Marty has divers in the water looking for Lobster.

Once they reached their destination, their 15-year-old son grabbed his fins, mask, snorkel, gloves, tickle stick, net, and gauge and descended into the water. Almost immediately, Alex popped his head up and said, “found them!” Katie began to suit up and start catching. Captain Marty stayed on the boat with their younger child and helped measure the lobster as Katie and Alex brought them into the boat.

The lobsters were everywhere! Katie and Alex would swim just a few feet and find more, catch them, bring them back to the boat, and repeat. The first day of the mini-season is always the best because the lobsters have had about four months to replenish their numbers since the previous commercial lobster season closed.

How To Catch A lobster

The area the Lewis family was snorkeling in was less than 10 feet deep; therefore, they were using free diving techniques. In a nutshell, you take a big deep breath, kick down to the rock, stick the “tickle stick” behind the lobster to help them out, and place the net BEHIND the lobster tail.

Behind the lobster tail is most important, why you ask? Lobsters dart backward like shrimp, so if you place the net in front near its tentacles, you will not capture the lobster, and they will lodge themselves deeper into their rock or hole.

By 9 am the Lewis family had their limit of lobster for the day. In Monroe County, at the time of this article, we are allowed 6 per person per day. It is super important not to get lobster greedy and take more than your limit as the rules are strictly enforced to protect the lobster population and the commercial lobster industry.

The Lewis family had a great morning and wanted to scout some spots for the second day, so they stopped by a waterway ice cream shop to cool off and checked some additional locations. They were back at the dock by lunchtime, swam in the pool, ate some lunch, cleaned the boat, prepped the lobster, and relaxed for the rest of the day. 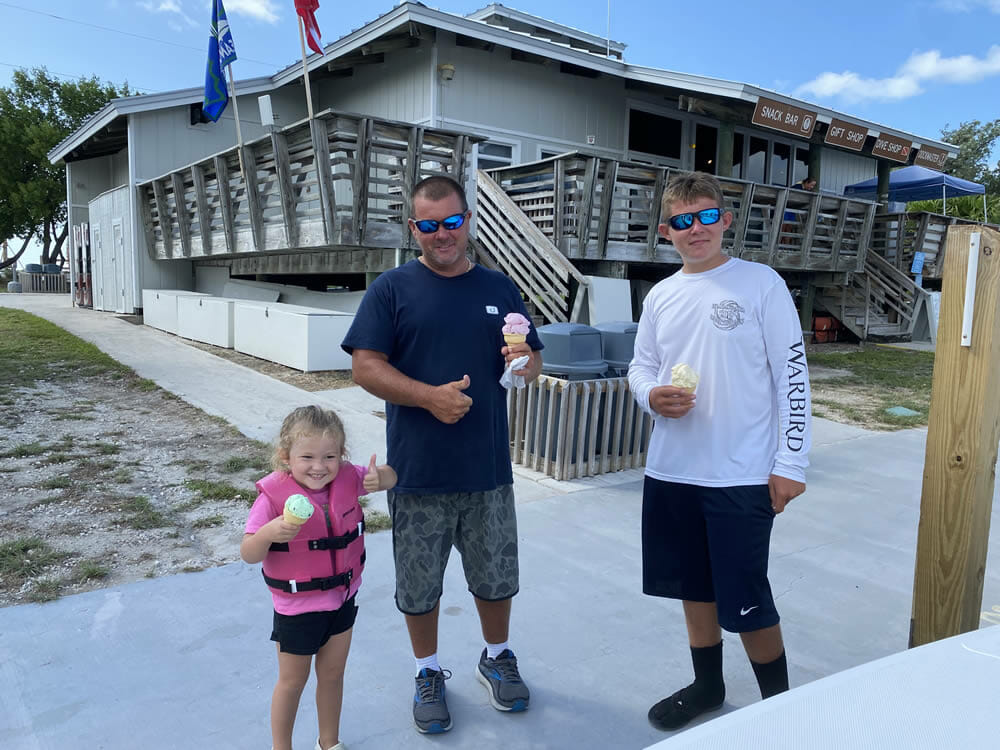 Enjoying some ice cream after a successful day of catching lobster.

Day two of the mini-season, the Lewis family was ready to get to the lobster, but they knew it would be more challenging. They went back to where they started catching the previous day and found some lobster; however, they were “short” and not legal for harvest this time. See the video to see how we measure a lobster and know if it is legal to keep.

Finally, by 9am they had a few legal lobsters in the boat. On the second day, they had to work a lot harder and smarter, utilizing areas that people may not have hit the first day.

They also had some spots that were in deeper water that required using scuba tanks. All in all, they got their limit by 3pm that afternoon and called it a day.

Captain Aaron, who primarily runs the Main Attraction II, went out with a buddy both days and dove around Long Key bridge. He said the lobster catching was extremely easy, but you had to hold on tight with the strong current.

All in all, it was a successful season, and everyone had a wonderful time. We all enjoyed the two days off with friends and family and look forward to it again next year. 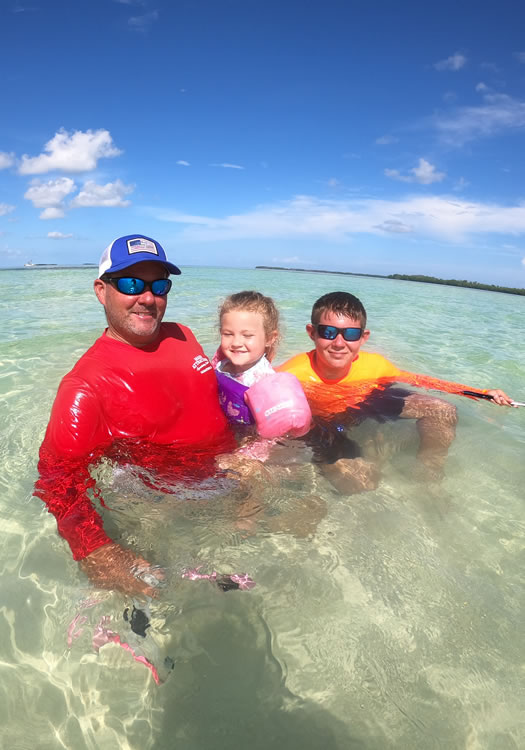 We hope you enjoyed our update and recommend that you come to the Keys next year for Mini-Season. If you decide to, always remember to check updated local regulations and make sure you are diving or snorkeling in the correct location (there are rules you must be so many feet from shorelines, etc.) Have a great time, and always put safety first on the water!

If you have questions or feedback call us at (305)-289-0071 or visit our contact page to book your next fishing adventure in the Florida Keys. 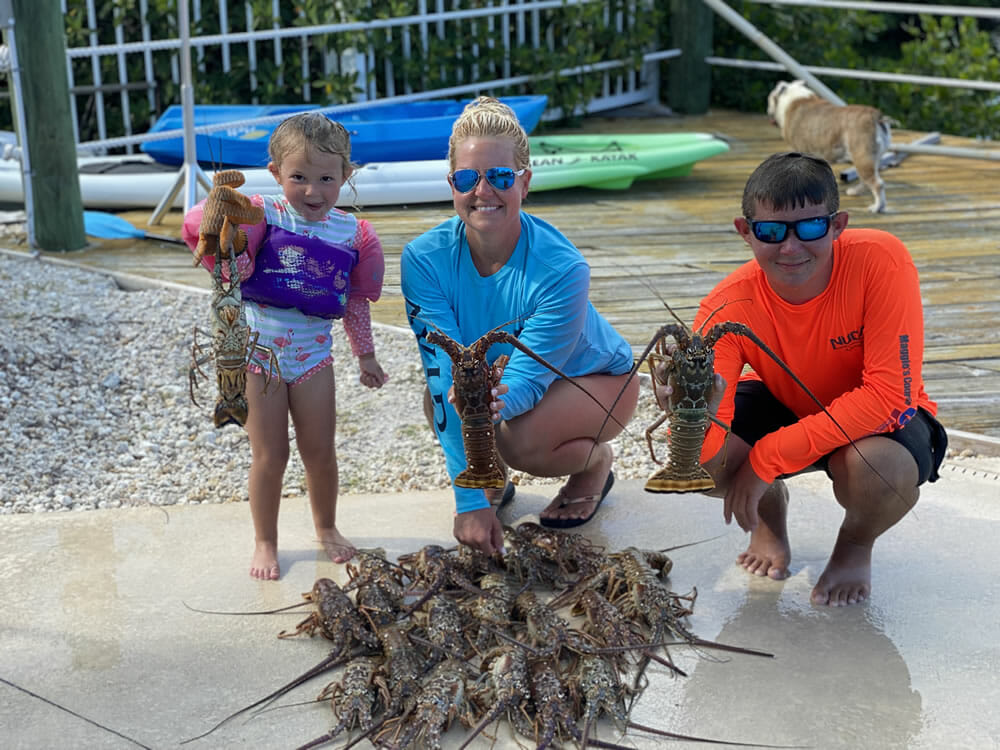 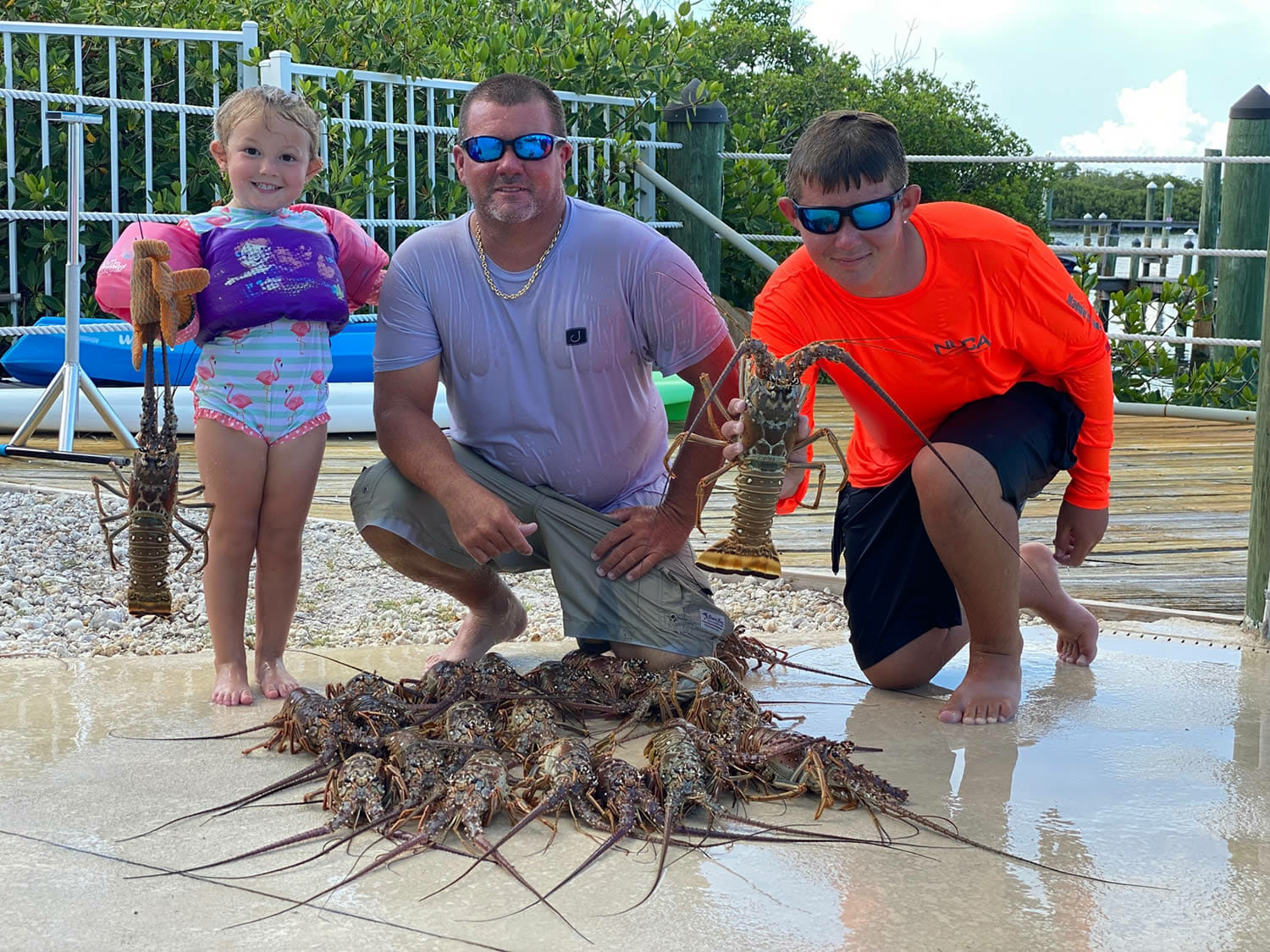 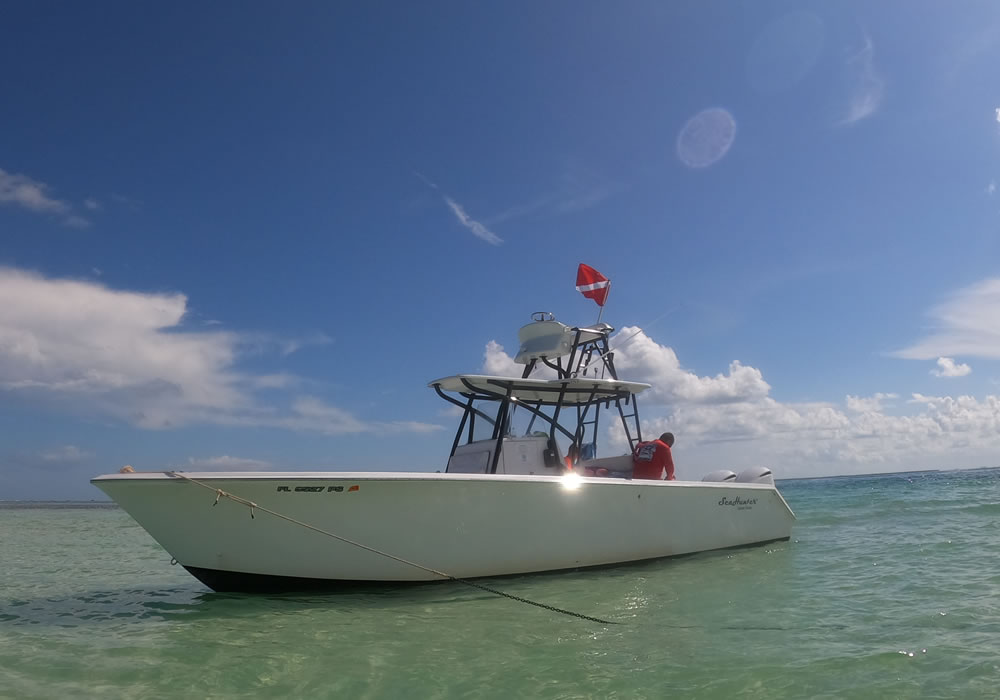 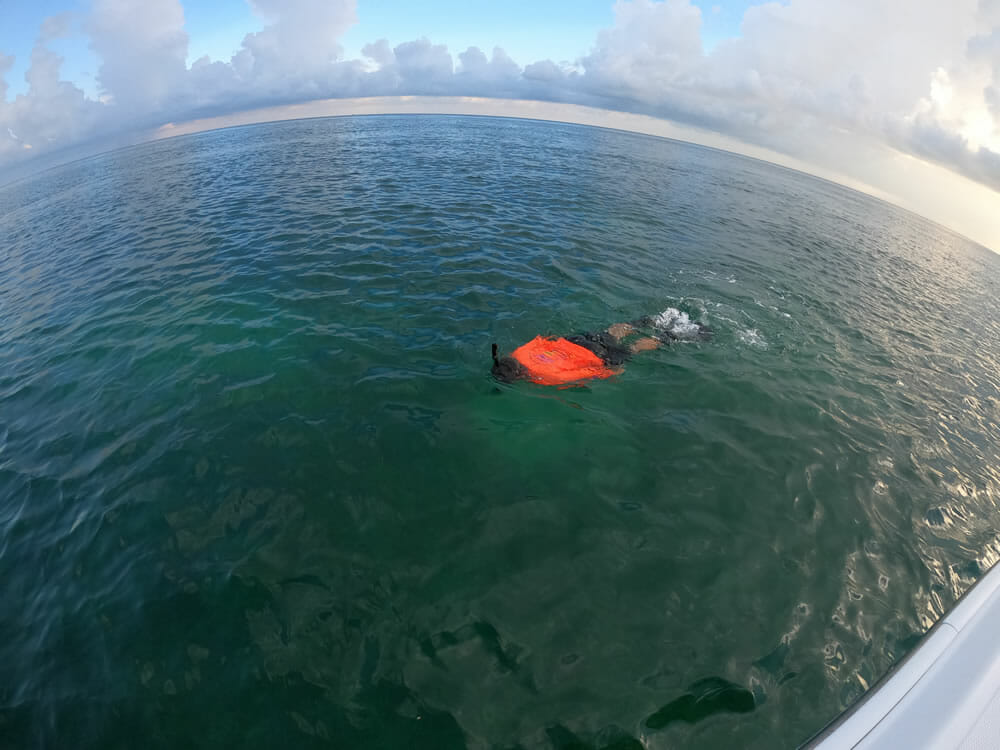