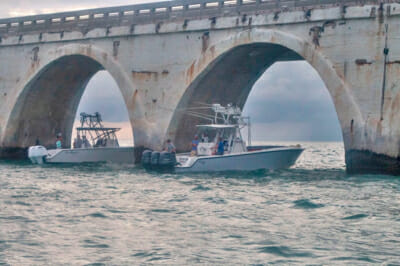 Our first responders have been on the frontlines of the pandemic these past few months, working overtime while risking their health. Florida Keys Air Conditioning decided to organize a local heroes Tarpon fun tournament on May 23rd to thank them, and we were honored to participate. The Marathon, Florida based AC company reached out to the community and local businesses to help sponsor the event.

Captain Marty and Steve took our 32’ Seahunter, Reel Attraction, over to Keys Fisheries to pick up the randomly selected first responders to participate in a shotgun start to the tournament. They met Ryan and Lissette, a husband and wife team, both first responders. Lisette the police Sergeant and Ryan the firefighter were a blast to fish with!

The Local fire department was there showing their love, playfully spraying each vessel with water as they exited the lagoon and anticipated the count down to begin. As the countdown finished, 3, 2, 1 Go! 25+ vessels throttled down and began to run in different directions. Some captains ran to the historic 7-mile bridge, while others, like Reel Attraction, wanted to distance themselves from the crowd and ran to Long Key Bridge. 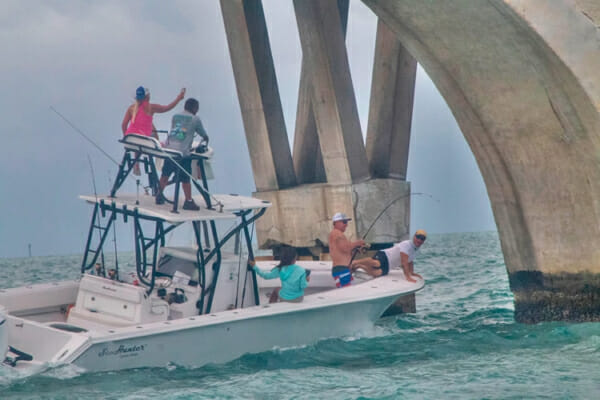 The vessels that were fishing were spaced in between the bridge pilings, drifting back fresh mullet in anticipation of that prized Silver King bite. Right off the bat, we had several Tarpon make attempts to eat our bait, but the mullet seemed more eager to live than the tarpon seemed hungry. As the afternoon went on, the Tarpon bite started to heat up. Lisette, the Police Sergeant, eagerly fought the first Tarpon hooked, and just moments after the boat was back on anchor, a second Tarpon ate the bait and it was game on. After landing the second and resetting the baits a third hooked up shortly after.  Lisette impressively caught the first 3 tarpon of the evening back to back which is no small feat!

While Lisette took a break, the fourth Tarpon hooked for the evening went to Firefighter Ryan who was lucky enough to get the most stubborn one. Ryan’s tarpon decided it was going to weave our Seahunter in and out of the bridge pilings like a snake. Very tricky maneuvering but with Captain Marty at the helm, and Captain Steve on the leader, they landed the tarpon with no problem. Once the sun set, our local heroes were brought back to Keys Fisheries to celebrate and trade fish stories.

The tarpon bite has been very consistent and our season is off to a great start. Since the local heroes event, we have fished several other Tarpon trips, each has produced successful catches of tarpon in the range of 80-150lbs. We are so thrilled the Florida Keys has reopened and look forward to seeing all of our customers in the coming months. If you are looking to book a Florida Keys Tarpon fishing charter call us at 305-289-0071 or visit our contact page. 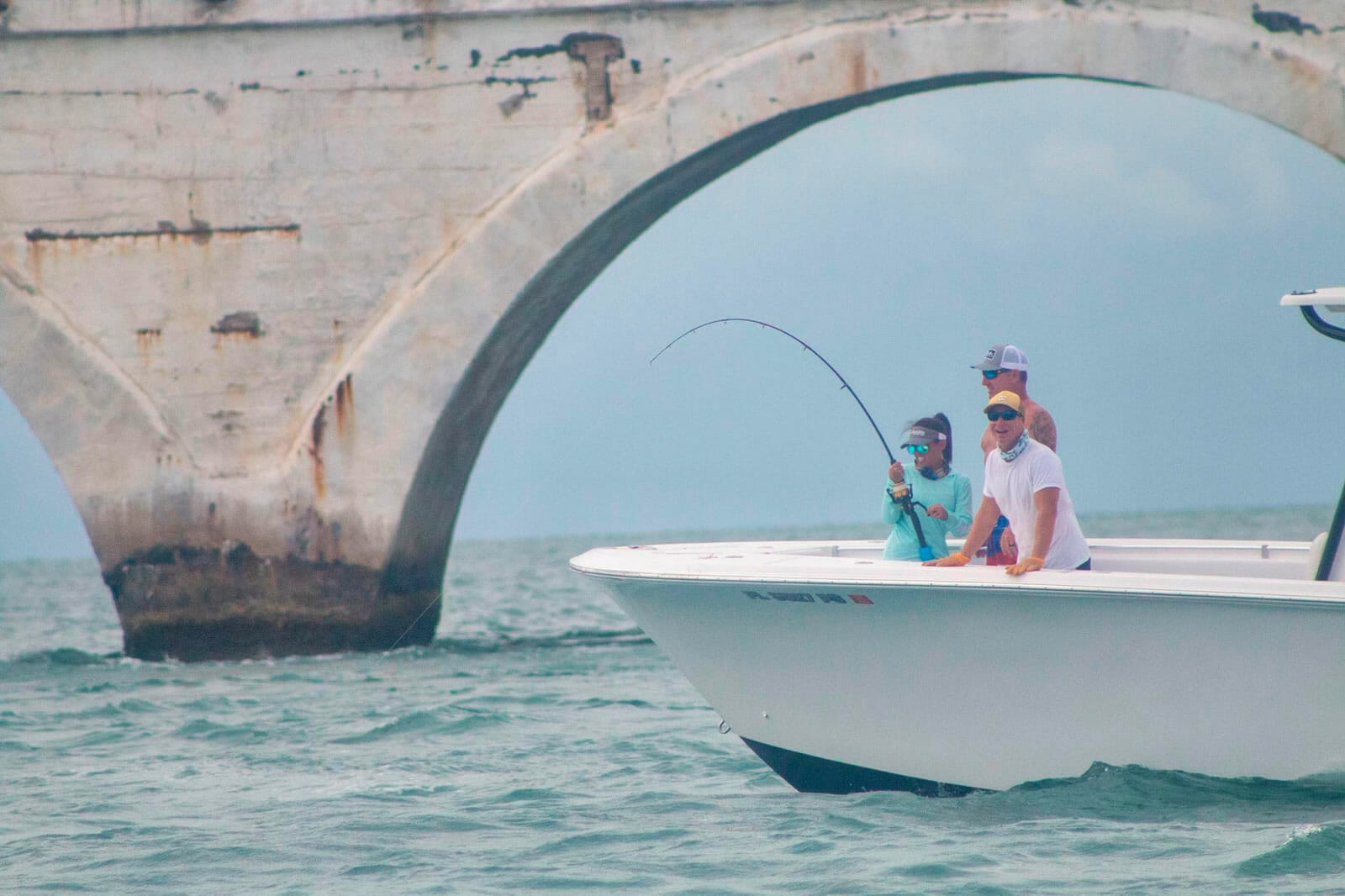 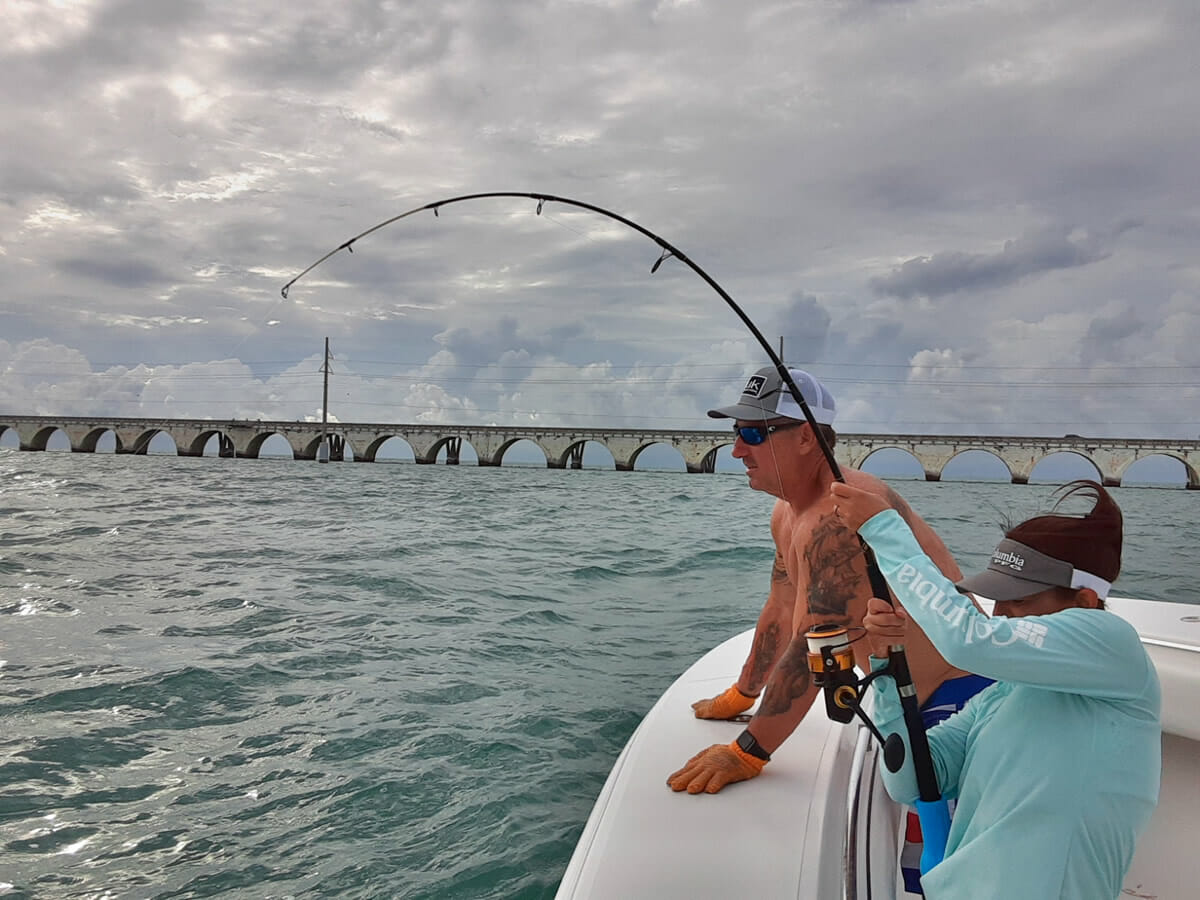 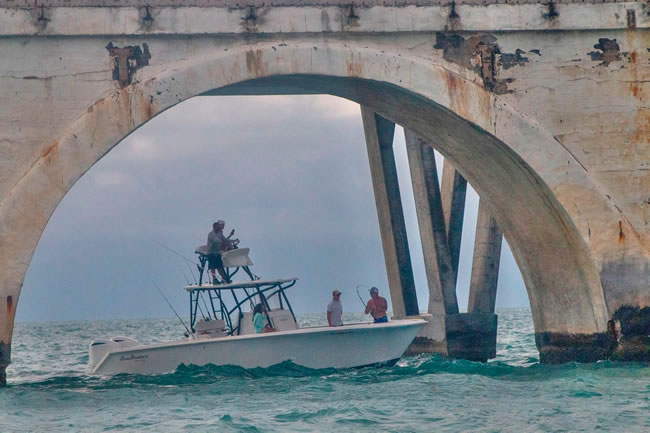