Preparing Your Boat For a Hurricane – Florida Keys 2020

Florida Hurricane season 2020 officially began June 1st and lasts through November 30th. Every year we hope we are not in the path of a strong storm; however, being prepared and understanding how to prepare for a storm is an important part of Floridians’ lives.

A few days ago Hurricane Laura had appeared to be heading to the Florida Keys, that along with the presence of a Tropical Storm named Marco in the Gulf, caused us to begin some preliminary storm preparations. We took some photos of these preparations to share with others how we prepare our vessels to weather a storm.

Since then Hurricane Laura has shifted and is heading straight toward Texas and Louisiana as a Category 4. Our hearts go out to the folks preparing for this storm as we know first hand how scary it can be. Captain Marty Lewis of the Main Attraction is no stranger to hurricane prep, as he has seen many storms over the past few decades living in the Florida Keys. Captain Marty says the key is to prepare well, listen to local authorities, and do your best not to panic.

With a large operation like Main Attraction Sportfishing, we have lots of boats to haul out or tie-down, depending on what Captain Marty thinks is best for the particular scenario. We currently have 5 vessels within the fleet plus an additional center console we use as our bait vessel. 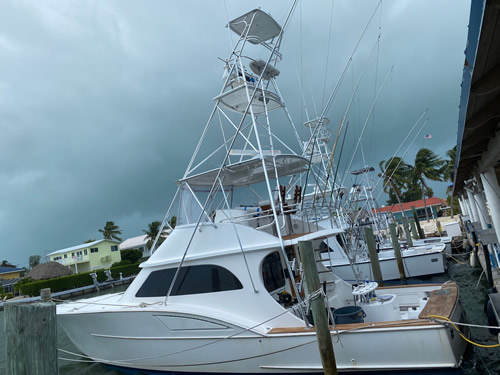 For smaller storms, our general approach is to add more lines to each vessel, but not too tight. You want to allow the boats to move up and down with the waterline. Extra bumpers are added to the sides and rear of the vessels that might need them. We also maintain rub rails on our boats as they offer good protection from dock pilings. Any loose items on the decks of the boats are moved inside the cabins. All coolers and lids and buckets or any other loose items are also stored inside our boats, vehicles or homes. 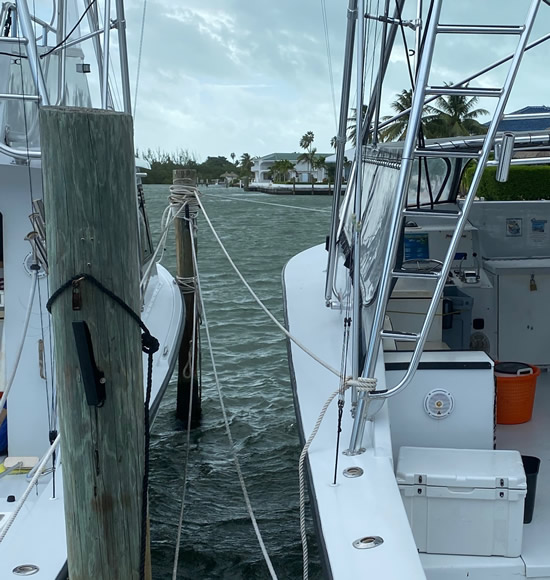 For larger storms such as Hurricane Irma in 2017, added precautions must be taken. As the Category 5 hurricane was gaining momentum in the Atlantic Ocean en route to the FL Keys, Marty, and his Main Attraction crew prepared for one of the largest, most powerful storms the FL Keys had ever seen. Marty knew the larger boats would probably be better off tied and anchored in place in the water, so he did just that. Many more extra lines were added, but as mentioned before, not too tight, you want the boats to ride out the storm and they need some room to move around. The more lines the better, this way if one breaks, you have backups to keep the vessel in the slip. The isinglass, outriggers, and electronics were also removed. The dock was cleaned up, loose items removed and all of the dock boxes were also tied down to pillars.

At Main Attraction we also move the boats to larger slips at the Marina if they are available. This allows us to keep our vessels transoms further out away from the concrete dock. For Irma and other major storms, our smaller vessels are usually hauled out onto dry land and stored in various locations to protect our assets as best we can. In 2017 the boats were dispersed, for this reason, one large boat was docked behind Marty’s house, two other large boats at the marina, and several others got hauled out to the local boatyard. Marty and crew did everything imaginable and possible to ensure the boats would make it through the storm. 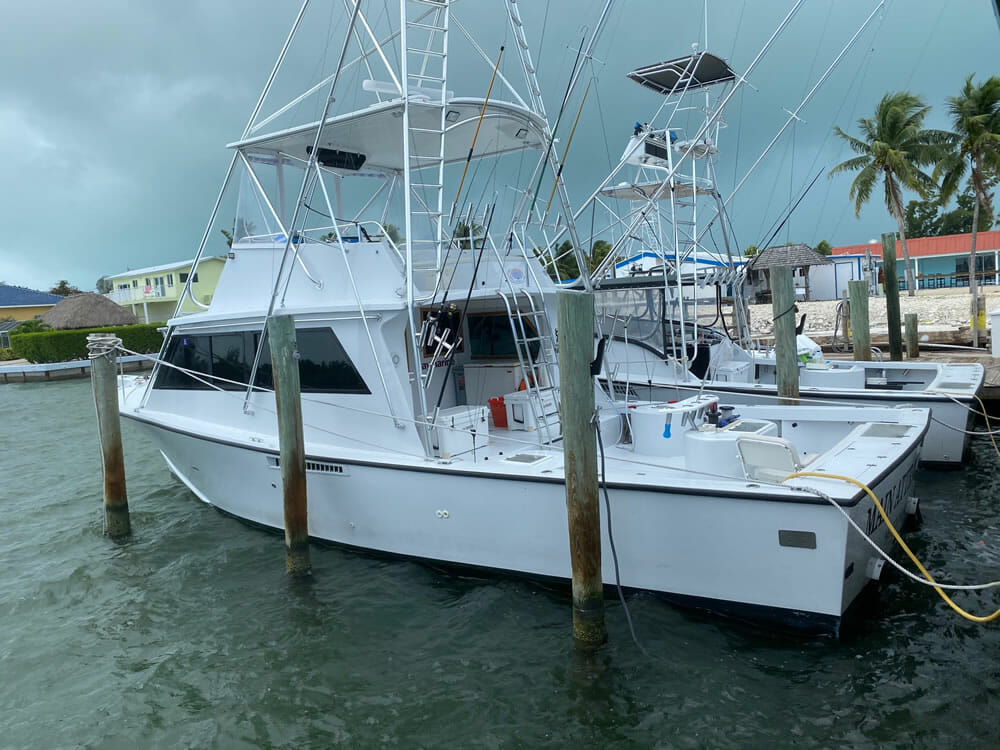 Preliminary tie-up several days ago when he had some weather inbound.

When it was clear the Florida Keys were looking at a direct hit, Monroe County issued a mandatory evacuation and the island of Marathon quickly became a ghost town. Shutters were pulled and doors and windows were boarded up. With a one-month-old baby and an 11-year-old son, Marty and his wife Katie knew staying was not an option. After they made necessary preparations on all vessels and their home, they gathered their valuables and important documents and drove North to stay with family. Katie described the feeling of leaving as one of the worst, most helpless feelings when you leave your home and wonder if you will ever see it again.

Once the storm had passed and Marty knew his family was safe, he headed down to the Keys to assess the damage. Fortunately, Marty had already purchased a generator and a window air conditioning unit for the house before the storm hit. He also brought down a cooler filled with ice and frozen food to cook on the grill. Marty lost cell service as he passed through Key Largo and headed toward Marathon. Marty was able to find a landline to contact his wife Katie and let her know the cell towers were out. When she asked what it looked like down there he said it reminded him of a warzone. Everything was brown and bare and there was debris all over the place. There were first responders everywhere including the armed national guard, as well as the Red Cross.

Within the first few days, a mobile cellphone tower was up and running in the area. After about a week power was restored. Everyone in the community pulled together to clean up the island they called home. It took 3 months for Marty and Katie to get their home back to how it was. Others weren’t so lucky and needed help from FEMA with temporary housing and other services.

All the Main Attraction boats had survived but one. The Main Attraction III that was in the boatyard at the time had a massive gash ripped into the side of it. The huge storm surge flooded the entire boatyard lifting hundreds of boats that sat on blocks which subsequently smashed into each other. Fortunately, the other Main Attraction vessels that were tied up at docks or trailered had survived and only required smaller repairs. 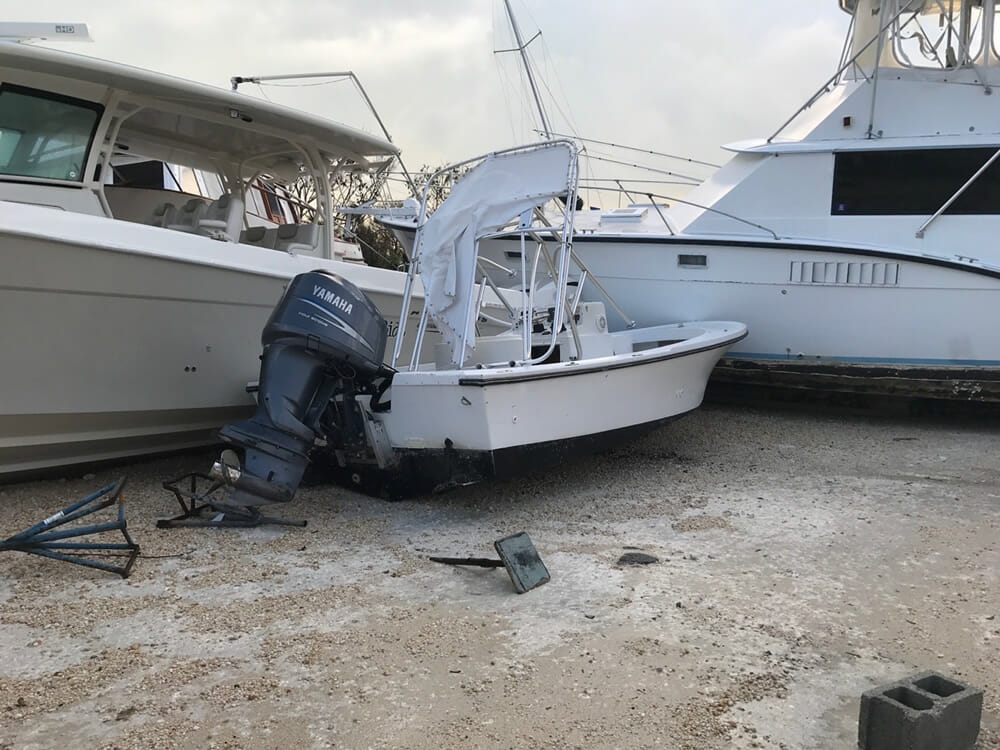 This is how we found our baitboat in 2017 after hurricane Irma.

In conclusion, when it comes to storm preparedness one must do everything they can to protect their business and personal possessions but the lives of your family, friends, and neighbors are what is most important. This is why we urge anyone reading this article to always listen to local evacuation orders because things can be replaced but people can not. Our thoughts and prayers are with everyone in Louisiana and Texas and anywhere else the current storms may end up affecting. Good luck and stay safe. 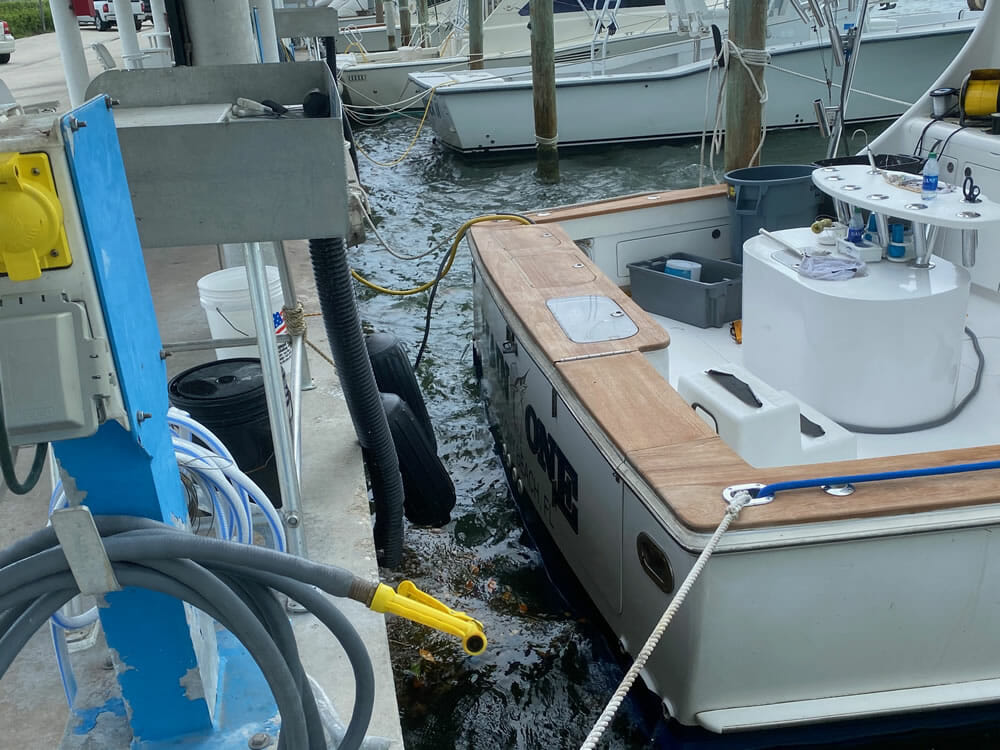 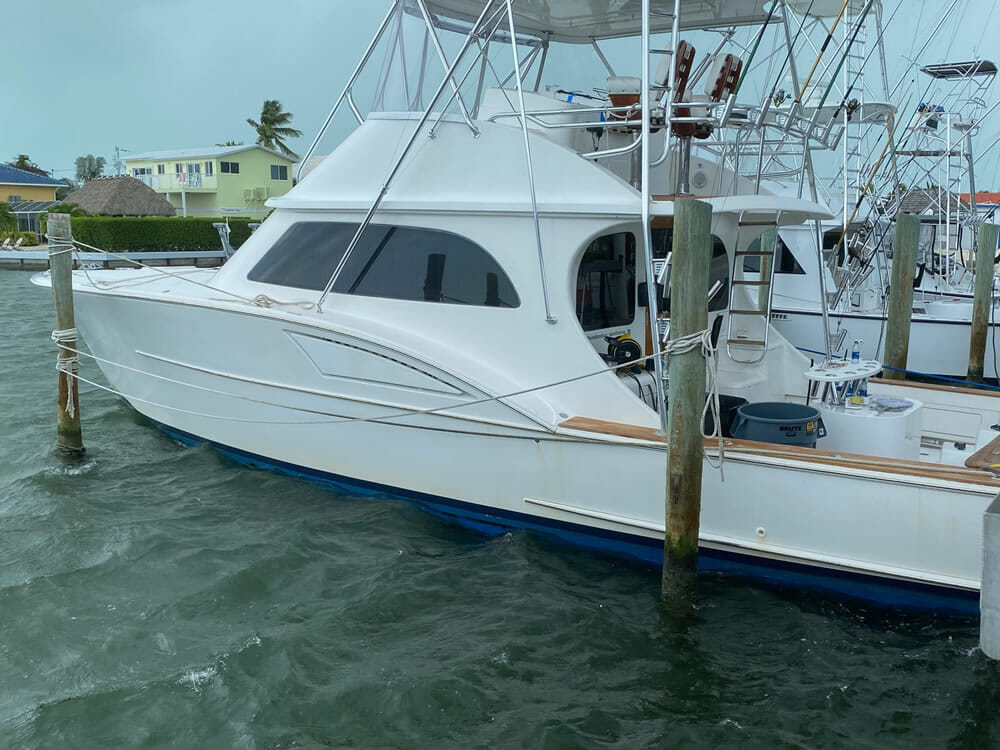