December is off to a great start in the Florida Keys. There has been a wide variety of species caught amongst our vessels, such as Yellowtail Snapper, Black Grouper, Cobia, Mackerel, Kingfish, Sailfish, Yellow Jacks, Wahoo, and various large Sharks. The Winter months typically bring more wind from a direction that is usually out of the North. Fortunately, the Islands help block that wind energy when we fish the Atlantic side, allowing us to fish pretty comfortably. You can expect on average a 2-4 foot chop on the ocean during these months. We have had several “cold fronts” recently; anytime the temperature drops below 80 degrees, we Floridians grab our sweatshirts immediately!

Captain Steve, who runs our 32’ center console Reel Attraction, has been tearing up the Black Grouper and Yellowtail Snapper on the reef. Grouper season will close at the end of the year, so we have to get them while we can. After December 31st the Grouper season will be shut down for five months and reopen May 1st. Captain Steve has his honey holes and he is well known for catching those tasty critters. Grouper is a famously delicious fish to eat whether it’s grilled, blackened, fried, or pan-seared. A fresh Grouper sandwich is a Florida Keys favorite. 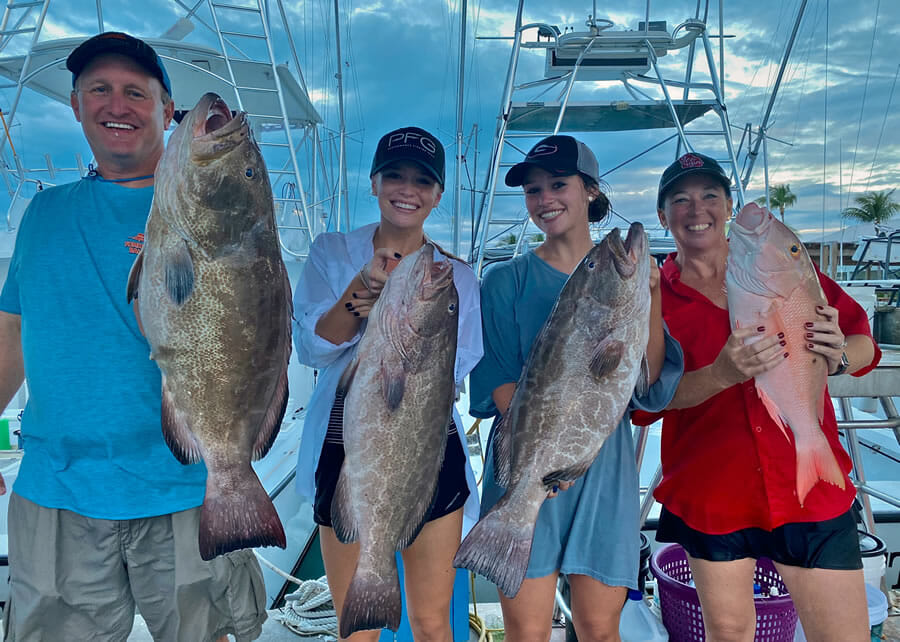 The larger Yellowtail Snapper, or flags as some people call them, have been showing up more consistently this month as well. Yellowtail fishing is our bread and butter on the reef during the Winter months our clients love to catch them and eat them. Yellowtail Snapper is often compared to red snapper as it has a mild flavor and firm texture. We love to make Yellowtail Piccata with our catch!

While fishing for them has been consistent recently, many factors come into play when targeting Yellowtail. The water clarity, wind direction, current, etc. all have a significant impact on the success of a reef fishing trip. For these reasons, not every day is a banner day when it comes to Yellowtailin’.  You can read more about that here: Yellowtail Snapper Fishing. 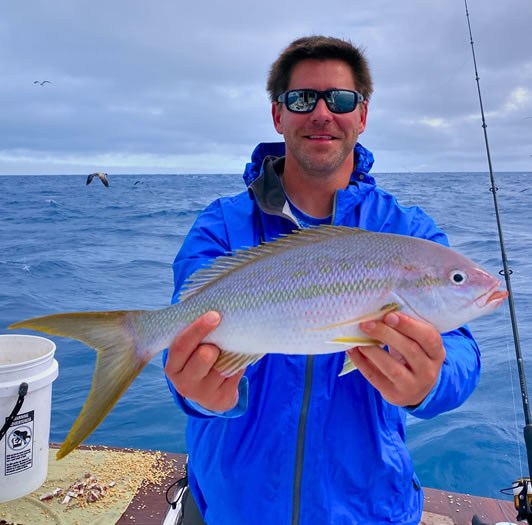 Last week our client Seth Hankowski booked several boats to entertain his customers for an entire week. They fished on different boats of ours and fished each day depending on the conditions and the Captain’s recommendations. They started the week on Sunday with Captain Steve and Aaron aboard the Reel Attraction where they trolled for Wahoo at high speeds. They caught two nice sized Wahoo along with some Yellowtail, Kingfish, and a few Mutton Snapper. Wahoo are sometimes referred to as Zebra fish due to the vertical stripes on their long slender bodies. Their shape allows them to swim very fast in the water, capable of reaching speeds of 60mph. Wahoo is considered one of the best-eating sushi-grade fish in our waters as it melts in your mouth when you eat it. 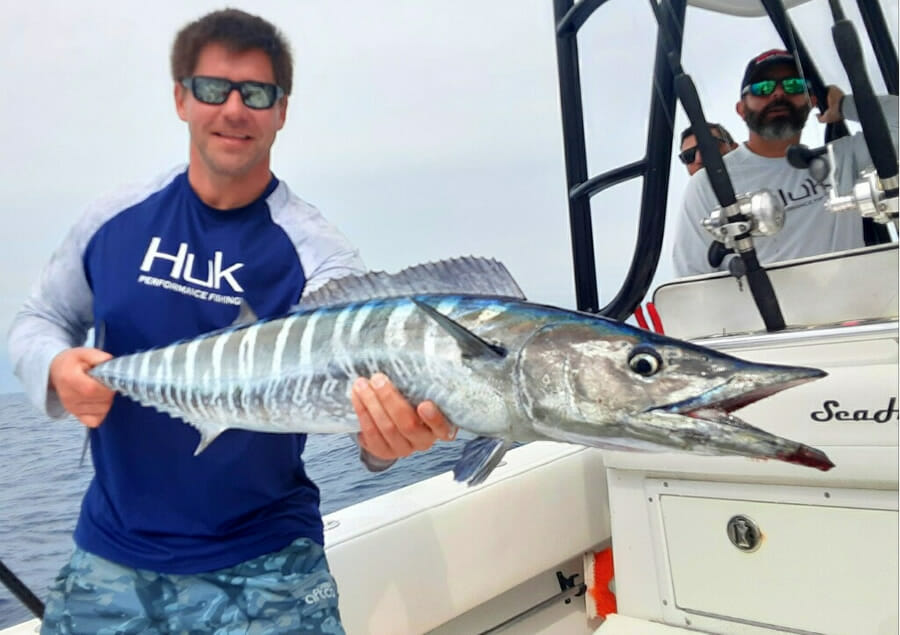 Monday and Tuesday were good fishing days as well, we had our boats catching a wide variety of fish those two days. They were catching Yellowtail on the reef, big Mutton Snappers on the wrecks as well as Sailfish while live-baiting just-off the reef. There were various Mackerel being caught as well including Cero and Kingfish. 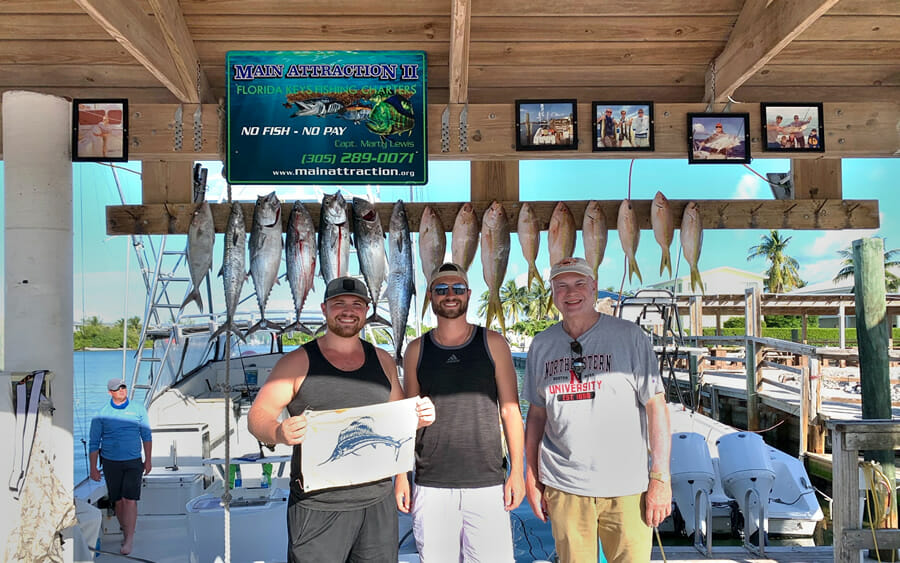 On Tuesday night a cold front moved in which we think is why Wednesday was such a great day. Captain Marty reported on Wednesday that the ocean was alive! There were HUGE bait balls everywhere Offshore, and tons of Bonita, Skipjacks, and Blackfin Tuna busting on the surface. Our Main One crew hooked lots of large football-sized Blackfin Tuna (some weighing 30lbs) and released tons more, as they only kept their limit for our customers. While fighting the Blackfin Tuna, the Main One crew continued their live-baiting and raised several Sailfish. Catching a limit of full-sized Blackfin Tuna and going 3 for 4 on Sailfish is considered a pretty fantastic day. 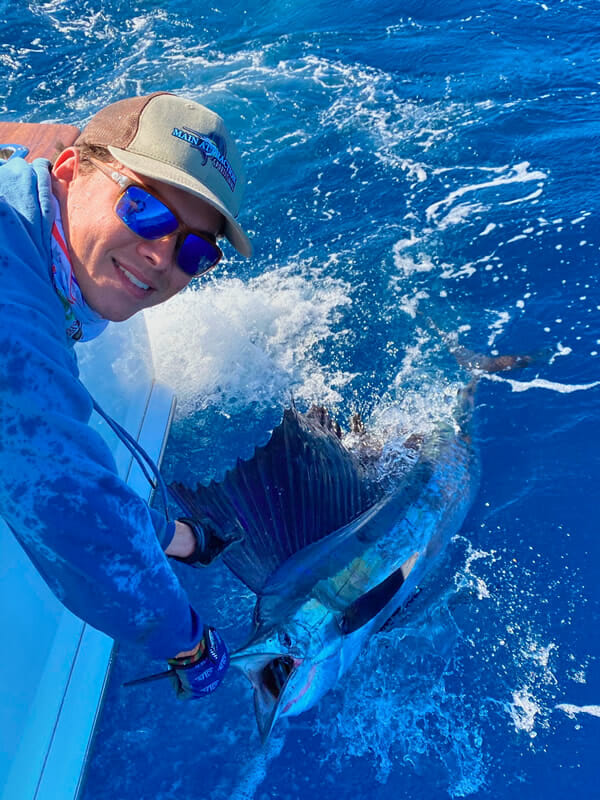 This is the perfect example of how every day on the ocean is different. Wednesday, December 9th was incredible fishing. Fish were everywhere and fired up. Then Thursday, December 10th it was like a switch was flipped and the fishing was painfully slow. It took an entire full day charter to make the trip come together and even then, it wasn’t a phenomenal catch. Then the next day our boats went back out on Friday and had great fishing days again. That’s fishing for you, but you know what they say? A slow day of fishing is better than a great day in the office!

If you are interested in fishing with the Main Attraction Fishing Team give us a call at 305-289-0071 or visit our contact page. 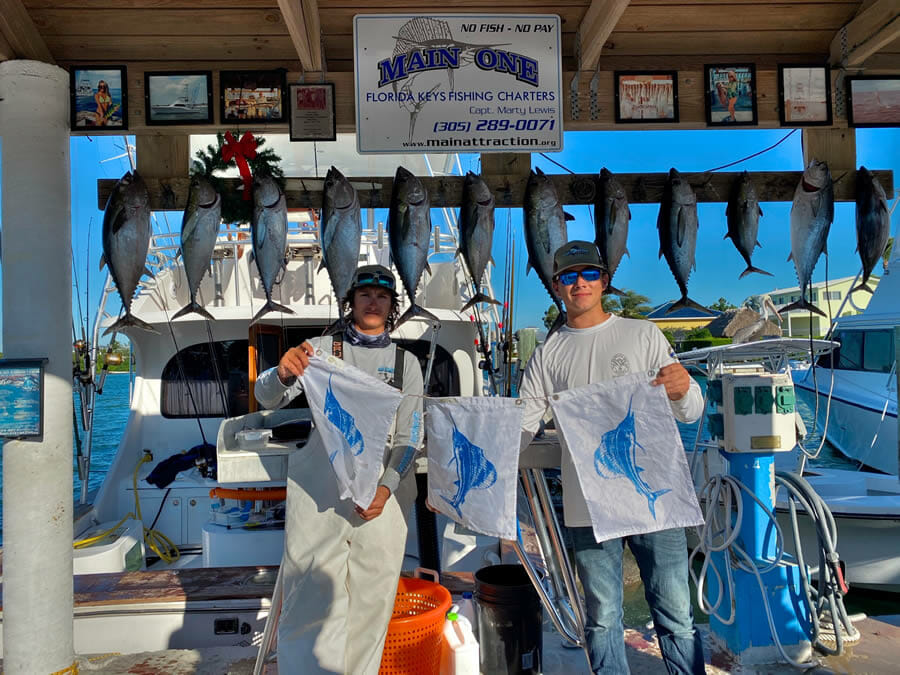 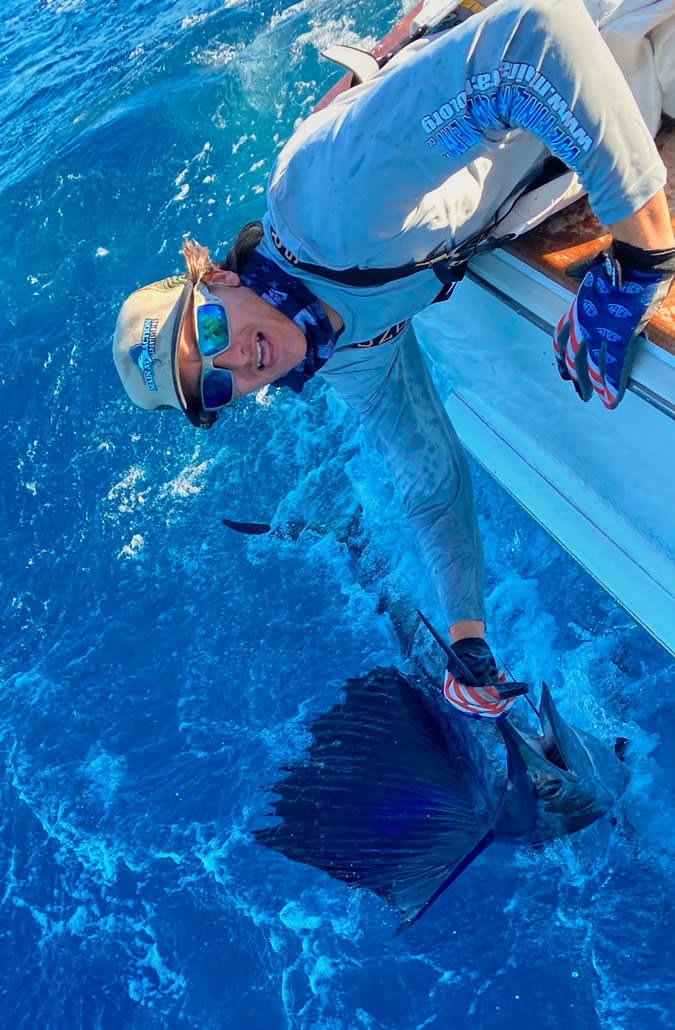 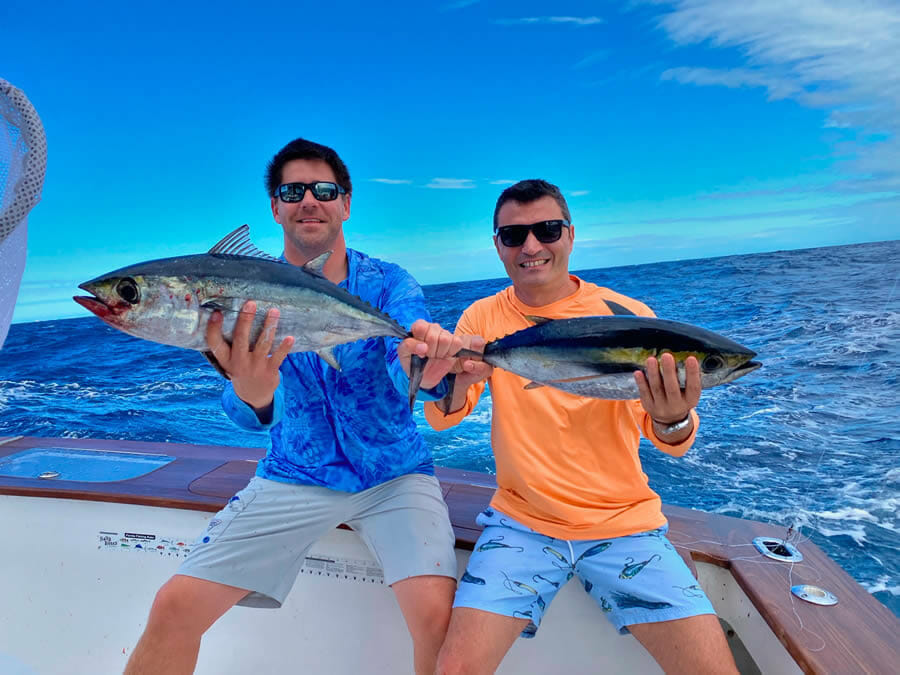 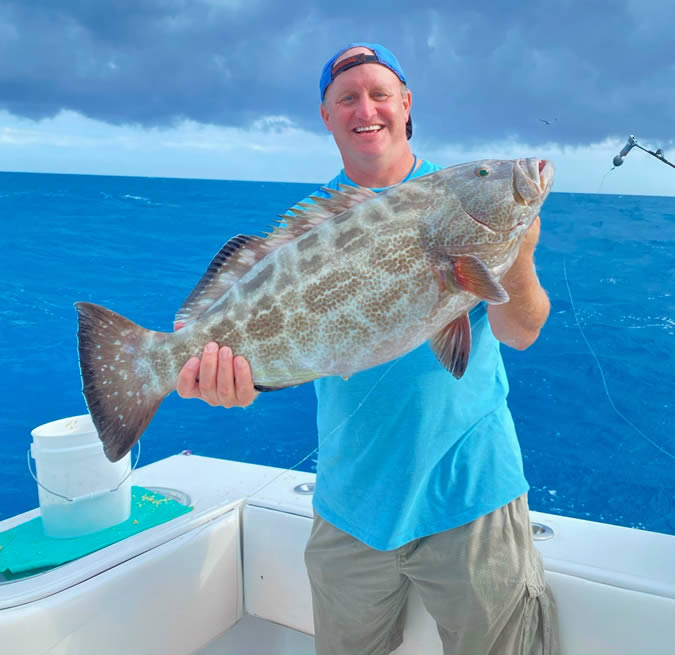 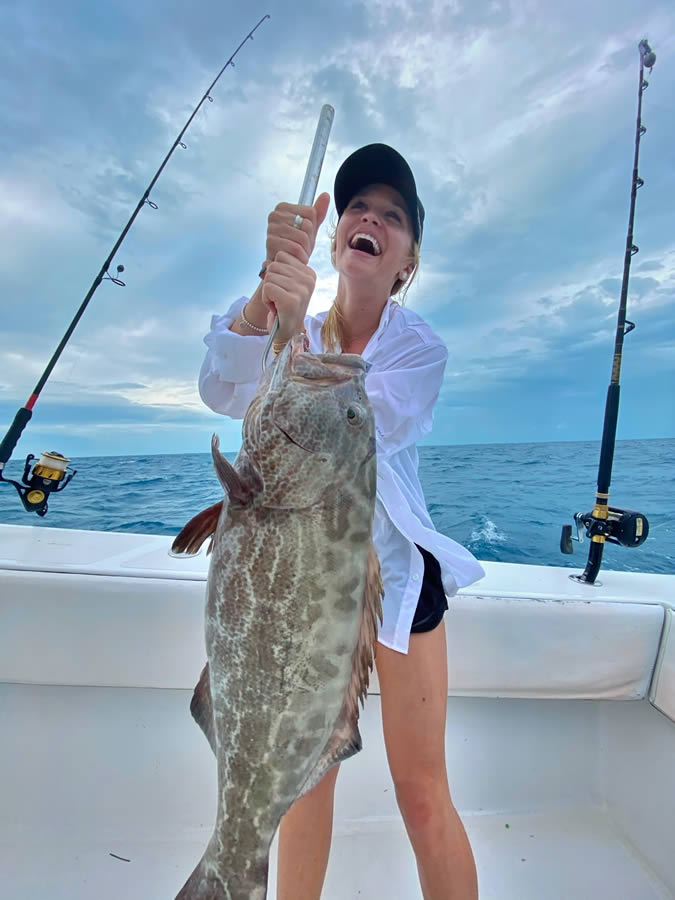 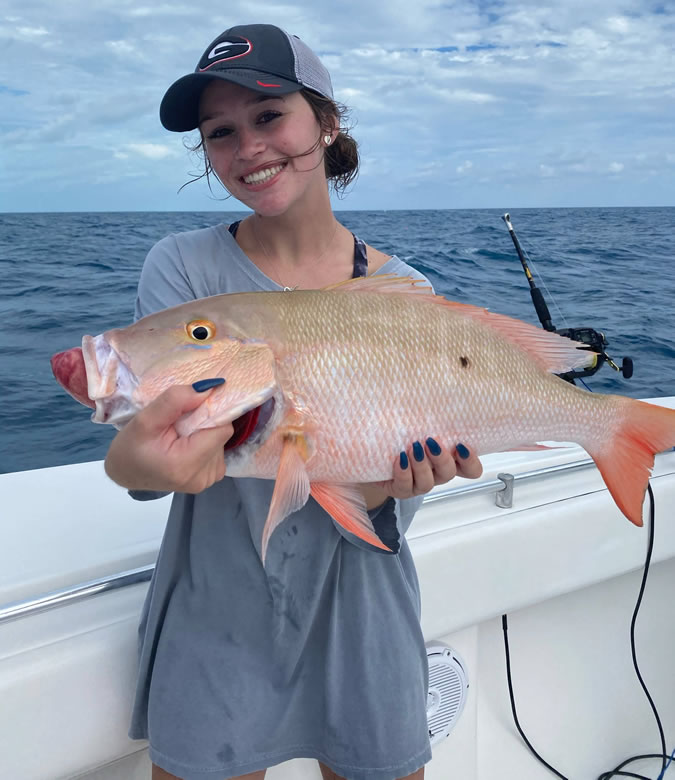 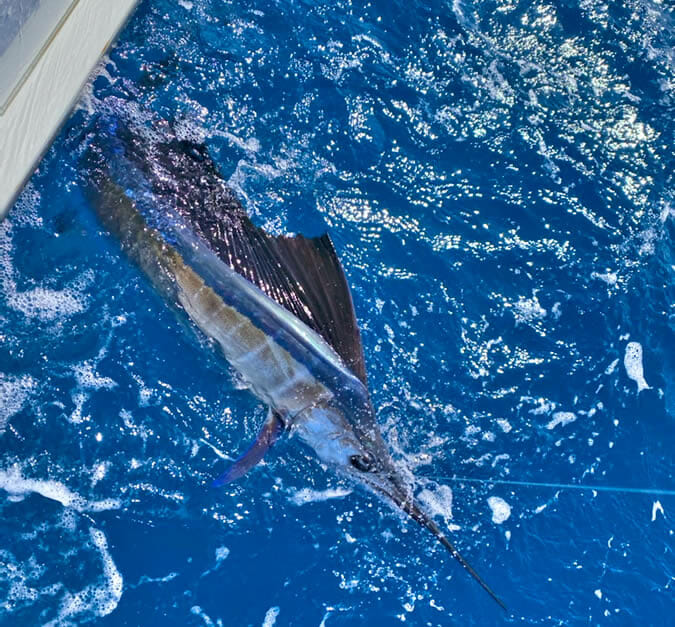