As the cooler north winds blow in this time of year, and water temperatures decline, schools of Mackerel begin to appear all throughout the waters of the Florida Keys. We fish many Reef trips at the Main Attraction during the winter months, and while we are targeting delicious reef staples such as Yellowtail and Mangrove Snapper, we enjoy flying kites to see what else we can raise. While doing this, schools of Mackerel often come storming in at high speeds along the surface to snack on live baitfish, and when they do it’s very exciting! It is not uncommon to see large sprays of bait frantically running from a school of hungry Mackerel. Their aggressive high-speed behavior adds a lot of excitement to the trip as it often allows anglers to hook up on multiple Mackerel at the same time.

Although there are many species of mackerel, we most frequently catch King, Cero and Spanish Mackerel in the Florida Keys.

King Mackerel often called “Kingfish” by locals in the Keys is gray and silver in coloration and typically much larger in size than Cero and Spanish Mackerel. “Kings” have a reputation for being oily and not a great option for freezing as they tend to get “fishy” after defrosting. This is why we call the larger ones we catch (30lbs and up) “Smokers” due to the fact they are often smoked and used in Fish Dip Recipes instead of frozen. But what many people don’t know is that very fresh King Mackerel can be quite tasty especially if cooked the same day you catch it and dusted with some blackening seasoning.

Cero Mackerel are just as plentiful for us in the wintertime in the Florida Keys as Kingfish. They can be identified by a yellow line and yellow dashes across their bodies with a green tint along their back. Ceros do not grow as large as Kingfish but they are the best-eating Mackerel we catch in the Keys. They hold up much better in the freezer than King Mackerel due to the much firmer whiter meat and some locals swear by them for making sushi or sashimi.

Spanish Mackerel are the smallest of the 3 but we do not catch them nearly as often as Cero and Kings. Spanish Mackerel have a green colored back much like a Cero but instead of yellow lines and dashes along the body, they have yellow spots! Spanish Mackerel eat and freeze better than a Kingfish but we still consider Cero to be the highest quality for food value among the 3 types. Book your reef trip today with the Main Attraction and experience the excitement of a Mack Attack! 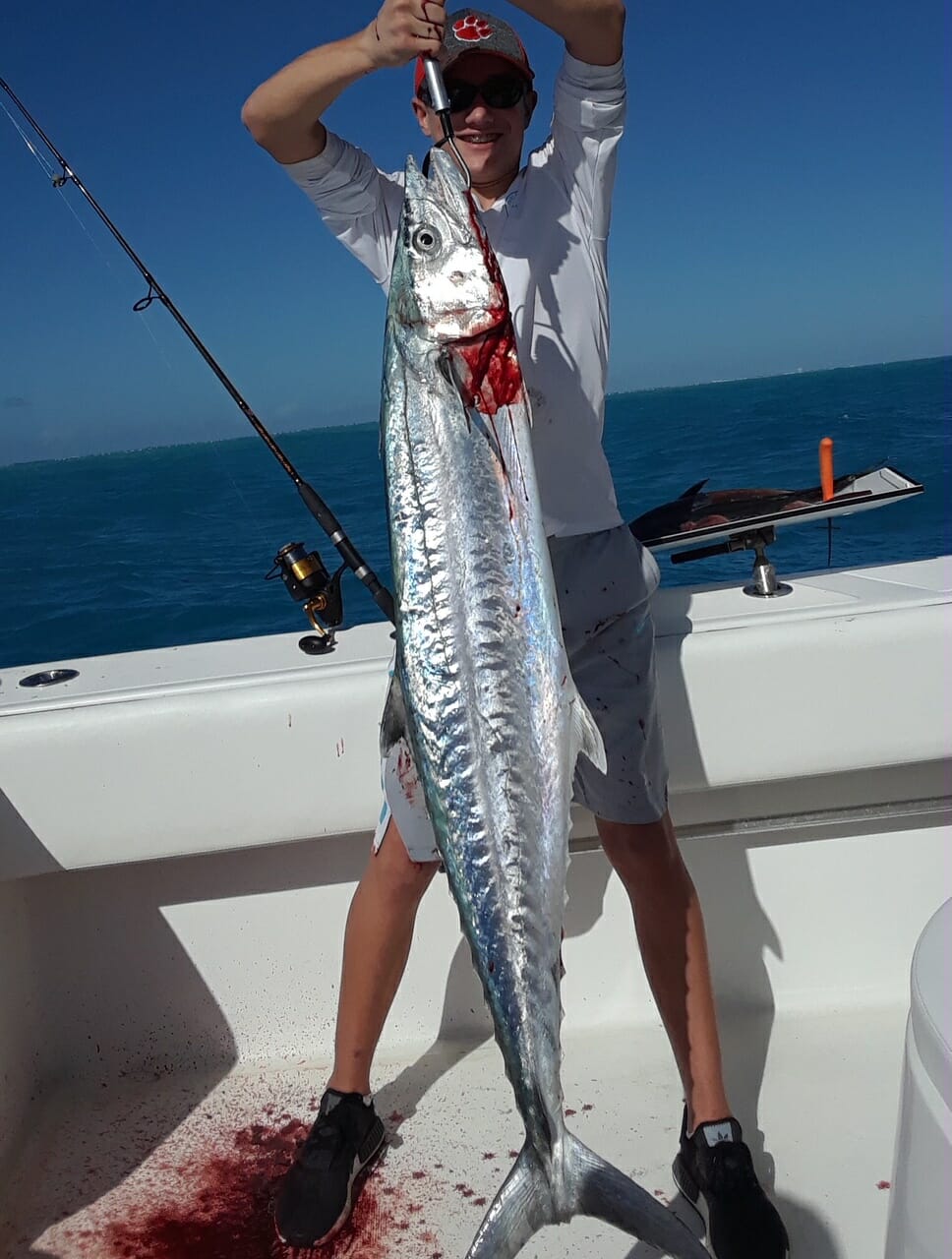 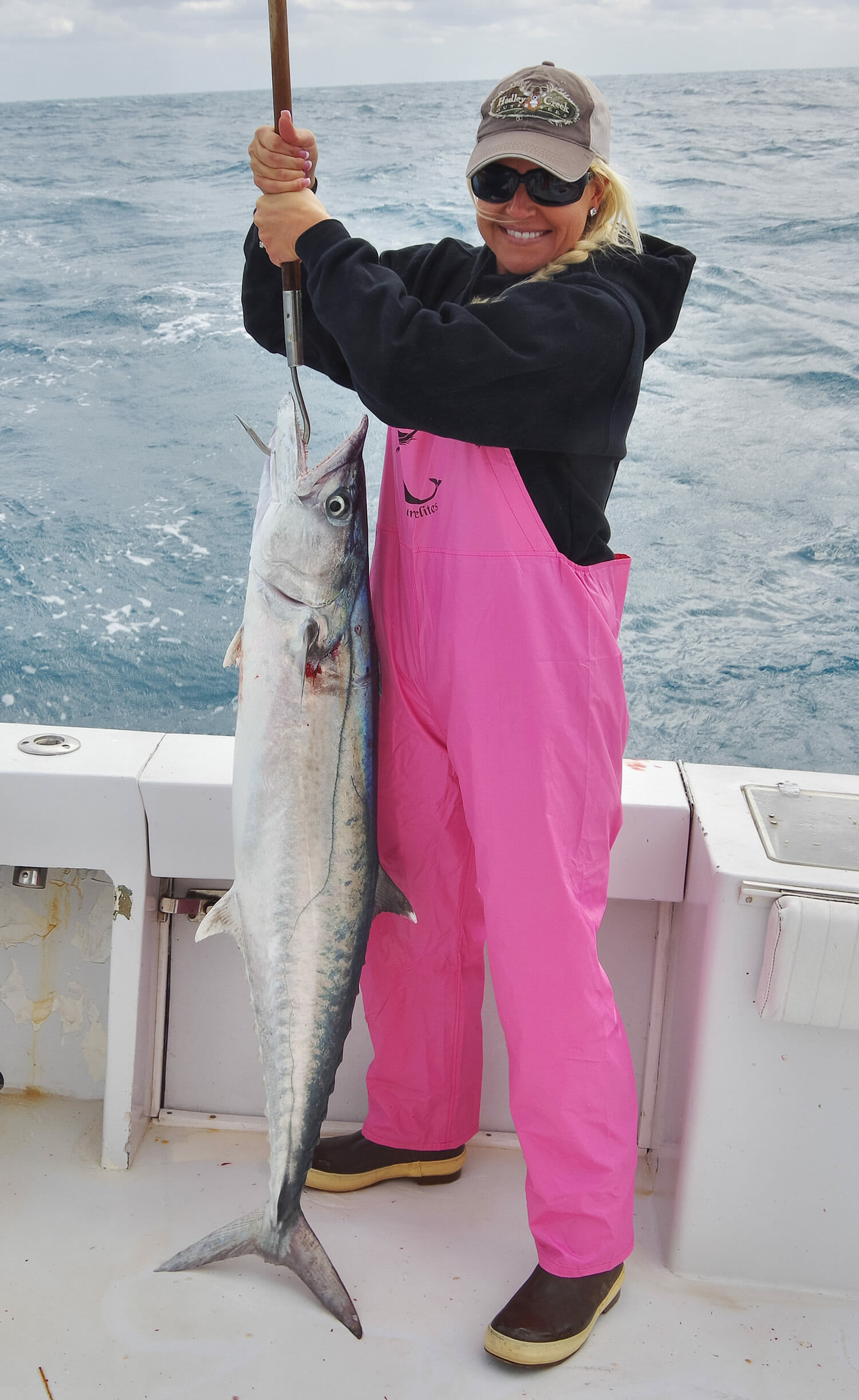 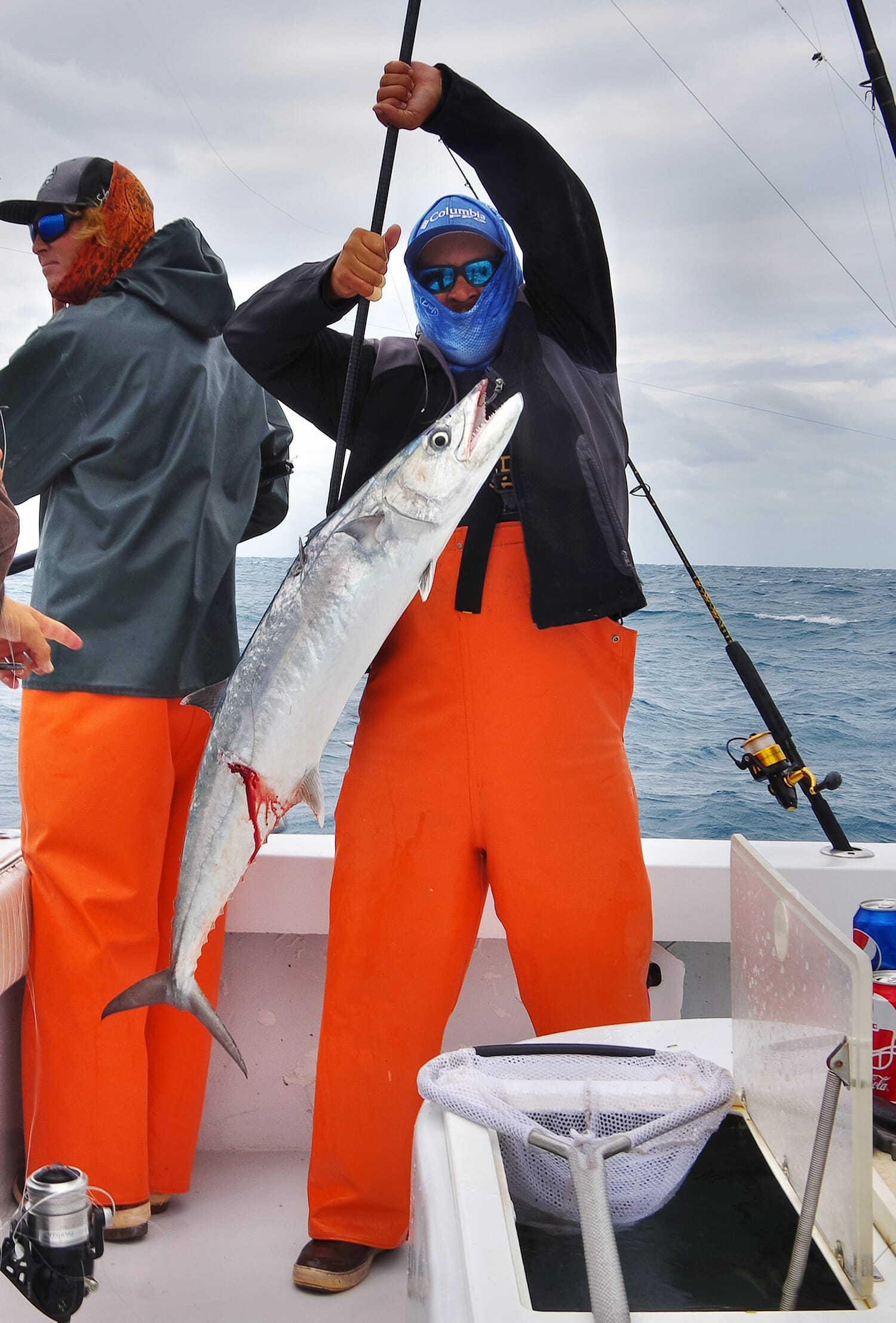 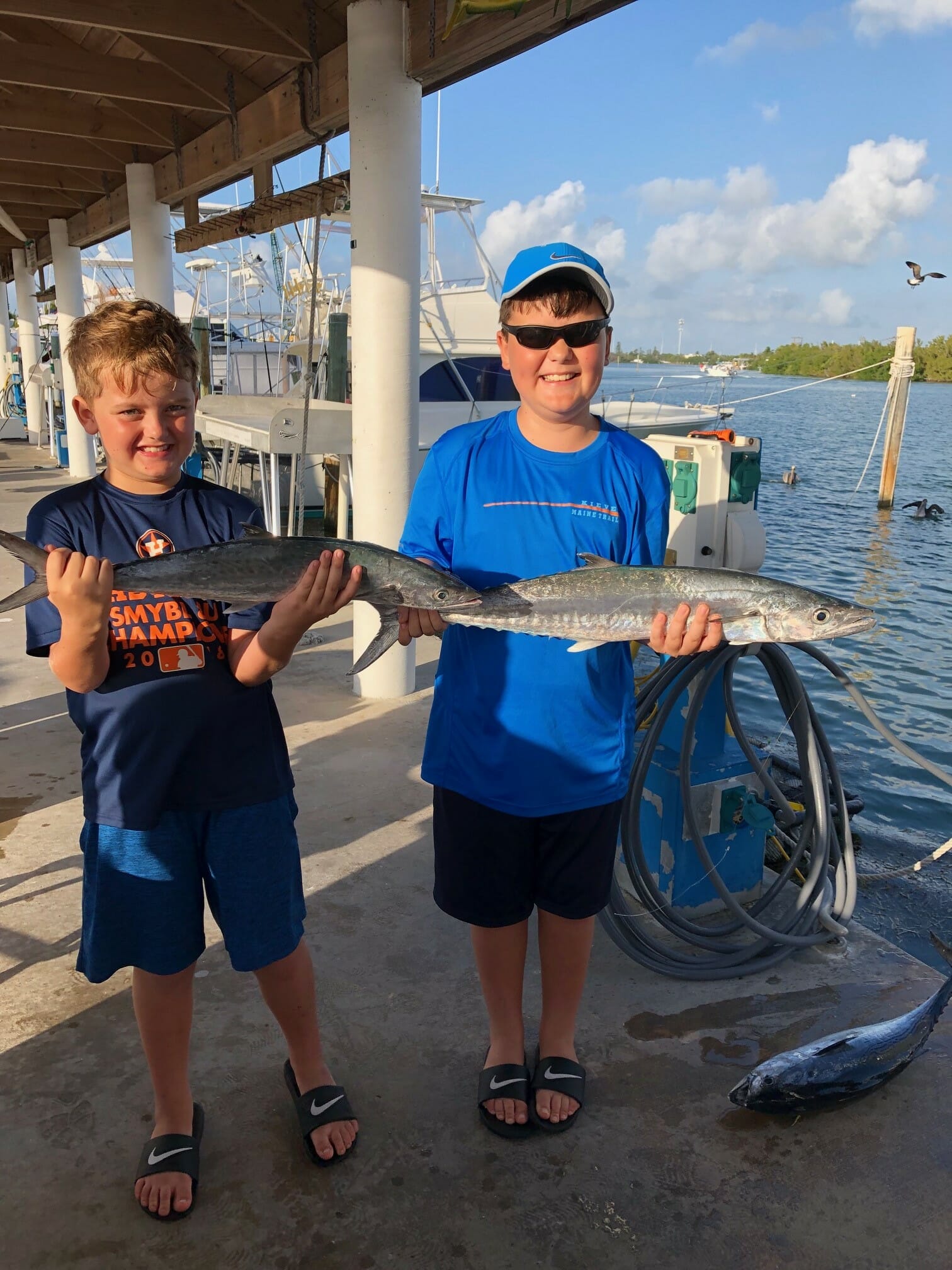 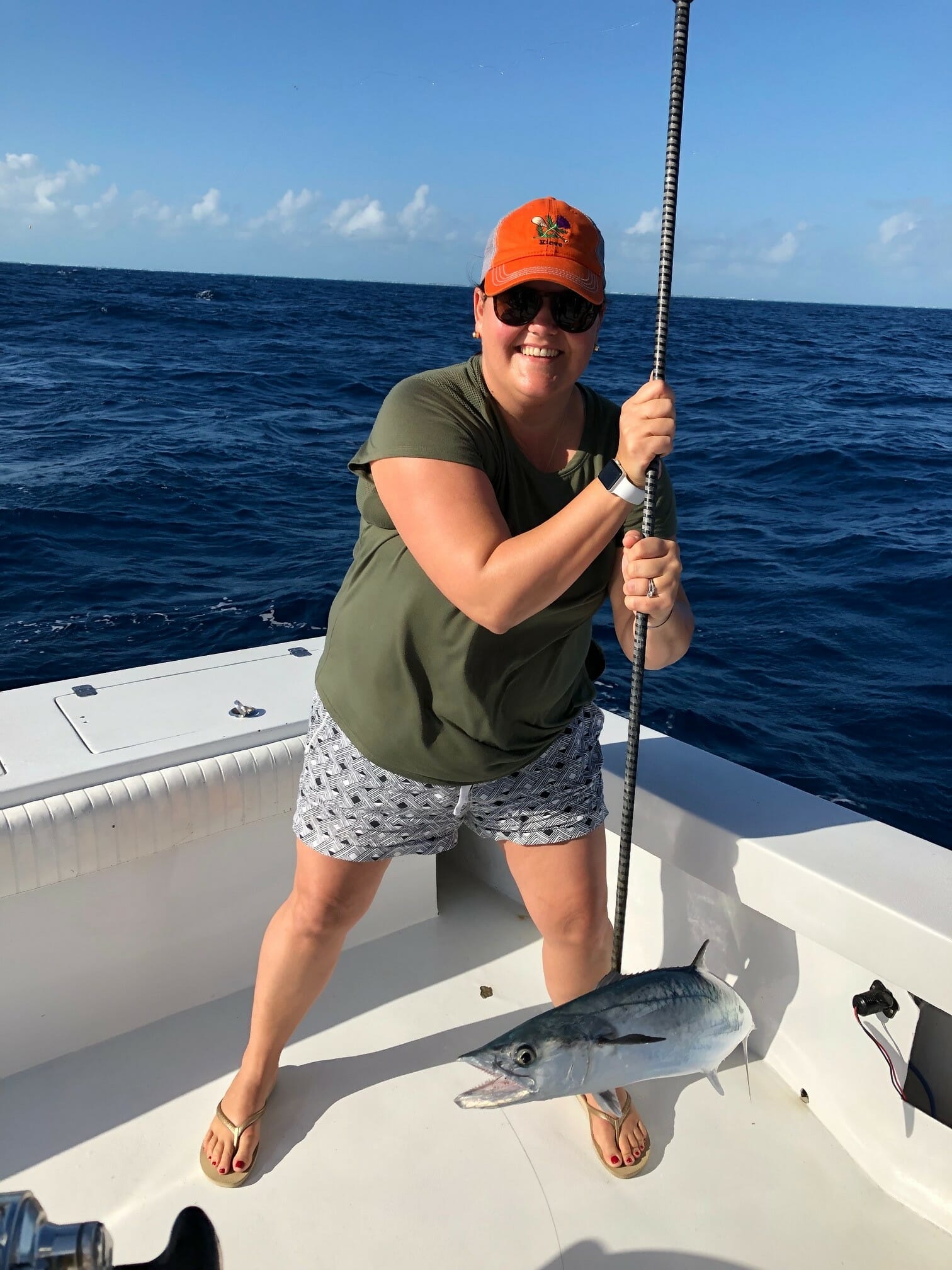