As we approach the month of December, it should have every sport fisherman fired up, because it means Sailfish season is upon us. Every winter, we have many customers that request to catch a Sailfish and we hope to fulfill them all. Landing a Sailfish depends heavily on weather conditions, current, and the fish being there, but when it’s game on we love catching and releasing Sailfish just as much as our anglers do.

Catching a Sailfish is a lasting lifetime memory especially if it is your first. Main Attraction Charters is known for catching Sailfish in large numbers, even breaking records from time to time. However, what gives us the biggest thrill is seeing the joy and excitement on an angler’s face when they catch a sailfish for the first time!

As we look back at some of the fun Sailfish Trips we ran last season like the one highlighted in our latest video, it brings to mind other Sailfish charters over the years that stood out for us. Sure tournament wins and banner days are exciting, but the trips that stand out the most for us and our crews often end up being a regular trip that was special to the customer in some way.

For instance, Frank Smith, a repeat customer, had a very scary near-death experience back in 2018. He had a massive heart attack and had to reschedule his bucket list fishing trip. When we rescheduled his trip, he said it was his dream to catch a Sailfish with Captain Marty. The fish that particular day happened to be pretty far to the East, Marty ran the extra miles to where he thought they would be because Frank’s wish mattered. The move paid off and we were all so thrilled that Frank and his wife Karen got to feel the excitement of seeing a Sailfish perform acrobatic Jumps and experience the non-stop action of the fight. A lasting memory that Frank still talks about to this day! 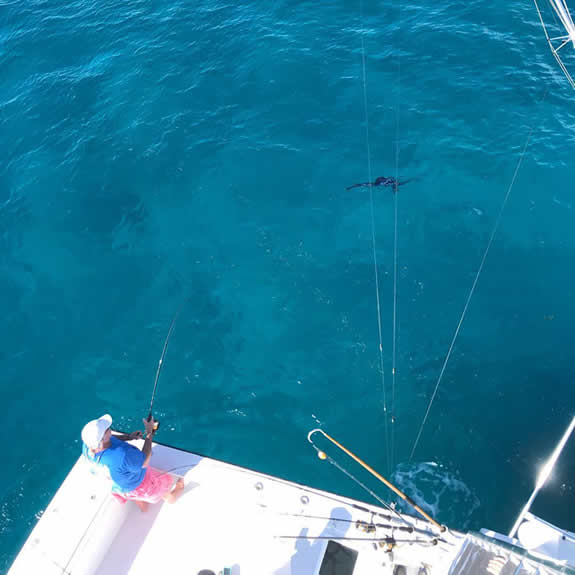 Back in November 2018, Reta Gauche contacted Main Attraction Charters and wanted to book a Sailfish fishing charter. She booked Captain Marty, who at the time was running the Main Attraction I. She convinced her husband to splurge for the biggest boat we had at the time and our most experienced Captain and Mate, to help make her dream come true. Captain Marty knew this was her Birthday/Christmas present so the pressure was on. The conditions weren’t perfect for catching a Sailfish but they were good enough to try. The crew worked hard to find them and their work paid off! Not only did Reta’s dream come true but after catching her first Sailfish, she caught several more that day. Reta was beyond ecstatic and so were we. Reta has booked many more charters since that fishing trip.

Mr. Cookie, a long-time customer of Main Attraction, has been fishing with Captain Marty since he acquired his captains’ license 25 years ago. Mr. Cookie is a very generous man and when he frequents Key Colony Beach, he always invites friends and his neighbors along to share his fishing experiences with. His neighbor Marilyn had her grandson Trace visiting last December, over the holiday break. Trace kept asking his Mother and Grandmother when he would be old enough to go deep-sea fishing with the Main Attraction. Well, that particular day was the day! Mr. Cookie invited Trace along who was 9 years old at the time. This was his first time fishing on a large sport fisherman and a charter boat.

The day started slow and Trace was very interested in how kite fishing worked. He asked lots of great questions and showed a true interest. Captain Marty moved locations several times, as the fish weren’t cooperating at first. Shortly after lunchtime, it was like a light turned on and the fish were biting. Within the next hour, Trace was hooked up to his first Sailfish ever! He fought that Sailfish himself with determination the entire time and was rewarded with his first successful catch and release. The entire boat was very excited, as they witnessed the huge smile on his face as he beamed with joy and pride from a job well done. 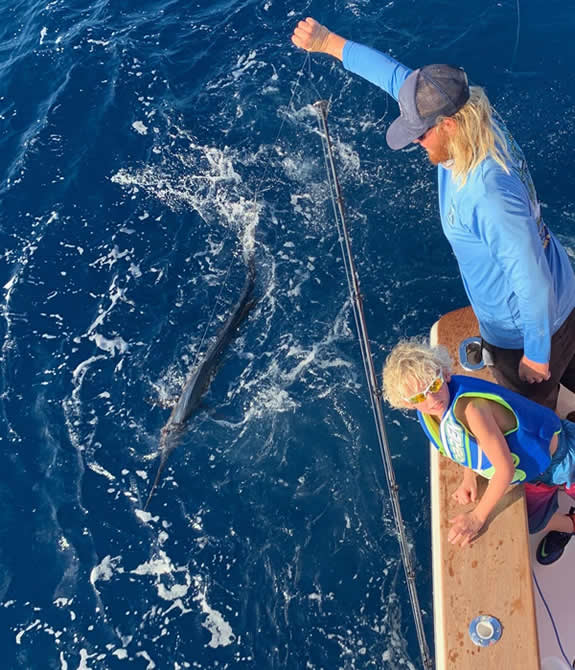 Captain Marty Lewis has had some incredible Sailfish tournament wins and record-breaking days that he will never forget, but when asked what his most memorable fishing moment his answer was a trip from earlier this year in April.

The Florida Keys were shut down due to the Covid-19 Pandemic. There were a lot of unknowns about the future and the impact of this virus on our nation and it was stressful for everyone. But, the sailfish were tailing, and being out on the water is what Marty does. So with no customers to take fishing, instead, he took his wife, son, and his 2.5-year-old daughter out on the Reel Attraction, which is our 32’ Seahunter center console. The 4 of them as a family caught 20 sailfish that day! The memory that stands out the most for Marty that day is seeing his 2.5-year-old daughter catch her first sailfish (of course she needed some help), but she was over the moon excited! 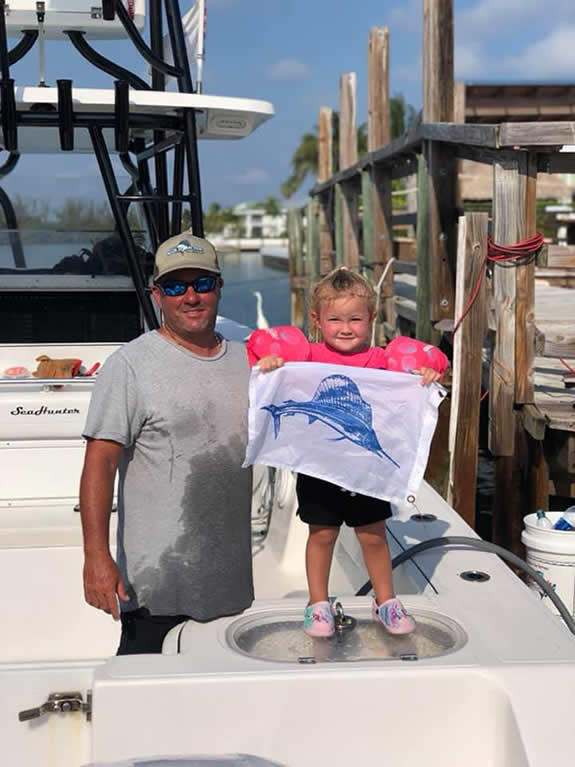 Captain Marty and his daughter Natalie

Going out and fishing with you all makes memories for us too, and that is what fishing is all about. Are the Sailfish always around and biting? No, but you can always come out on the water with us, let us know what you are interested in catching, and the Captain will let you know what the best odds are for success that particular day. Making memories is all about getting out on the water to have fun, sharing a few laughs, putting some baits out, and seeing what happens. If you’ve fished with Main Attraction Fishing Charters and caught a Sailfish, we would love to hear your story; please send it to katie@mainattraction.org.

If you have a fish on your Bucket list give us a call and we will talk to you about the seasons and when we think might be a good time to try. In the meantime, our 2020-2021 Sailfish season is kicking off and it is also a great time to fish on the reef for some delicious Yellowtail Snapper. For availability, give us a ring at 305-289-0071 or visit our contact page.

note: We consider Sailfish a Sportfish and practice catch and release methods for them. We are however able to have your catch measured and replicated with Gray Taxidermy fiberglass mounts.