There is never a dull moment here in the Florida Keys, especially during hurricane season. With only a few days left before the Hurricane season ends, we can only hope that Mother Nature abides by the schedule.

First, we had Hurricane Ian, a Category 4 Hurricane with wind gusts up to 140mph. We experienced high winds and a lot of rain when it passed through. The storm meant no fishing for a few days. There was also some destruction in the town, such as lost dockage, but it was much worse for other parts of Florida. Sanibel, Cape Coral, Sarasota, and Fort Myers weren’t so lucky, as they suffered a direct hit that caused devastating damage.

As if that wasn’t enough, Hurricane Nicole began to make her way over from the Caribbean in early November. The Category 1 storm brought 75 MPH winds. Not nearly as powerful as Ian, but she was a massive, slow-moving storm. Hurricane Nicole was almost a thousand miles wide; that’s larger than the state of Texas. At some points, it appeared to have covered the entire state of Florida.

To make matters worse, after the storm landed in the east, it headed across the state and straight for the areas hit worst by Hurricane Ian just a month earlier. Once the storm arrived in the Keys, we again experienced wind and rain but were spared a direct hit. The winds were much more bearable than with Ian, but it still meant more days without fishing. 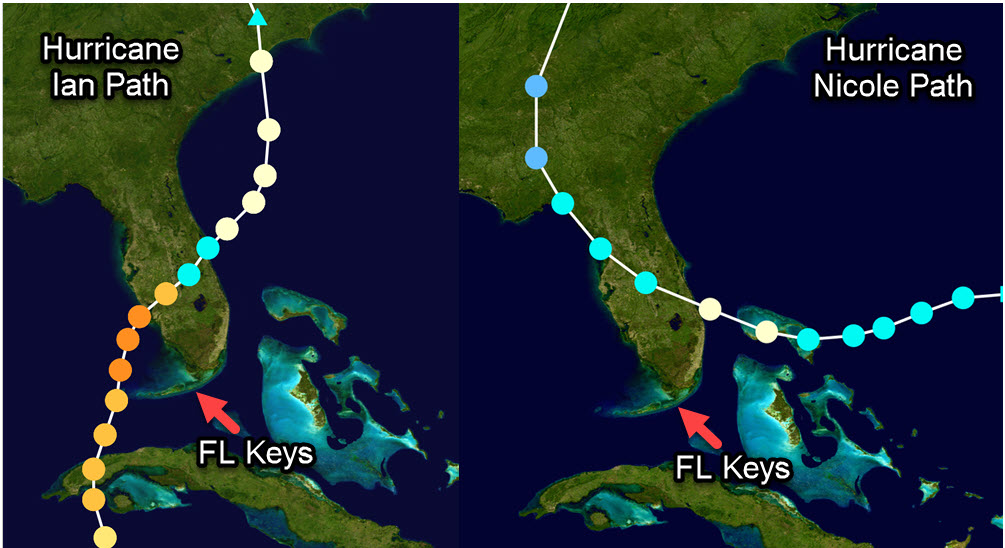 Since the storm was to make landfall the day before our two-day Fish Camp, we had to cancel the event. We gave our participants five days’ notice of the cancellation and issued refunds.

We have rescheduled a new fish camp for December 2nd and 3rd, with the 4th as a weather backup day. We are watching the weather closely as it looks like winds may be picking up again that week. 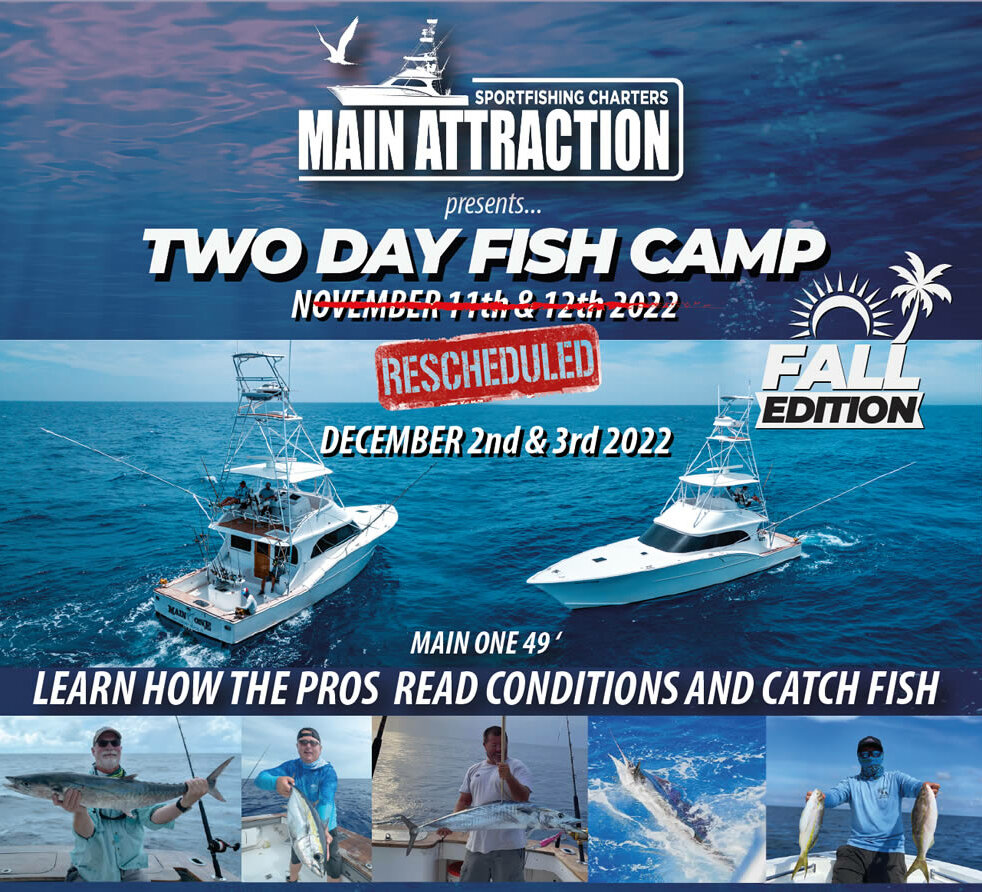 There is some good news as well! It’s been two weeks since Hurricane Nicole was here, and the water has cleared up as it often does for us after a storm. While we still have stronger winds here and there, the fishing has been excellent.

On the rarer calm days, we try to run offshore to deep drop for Queen Snappers and Barrelfish. The Dolphin fish have mostly moved as expected this time of year, and the few we have caught are a nice bonus. 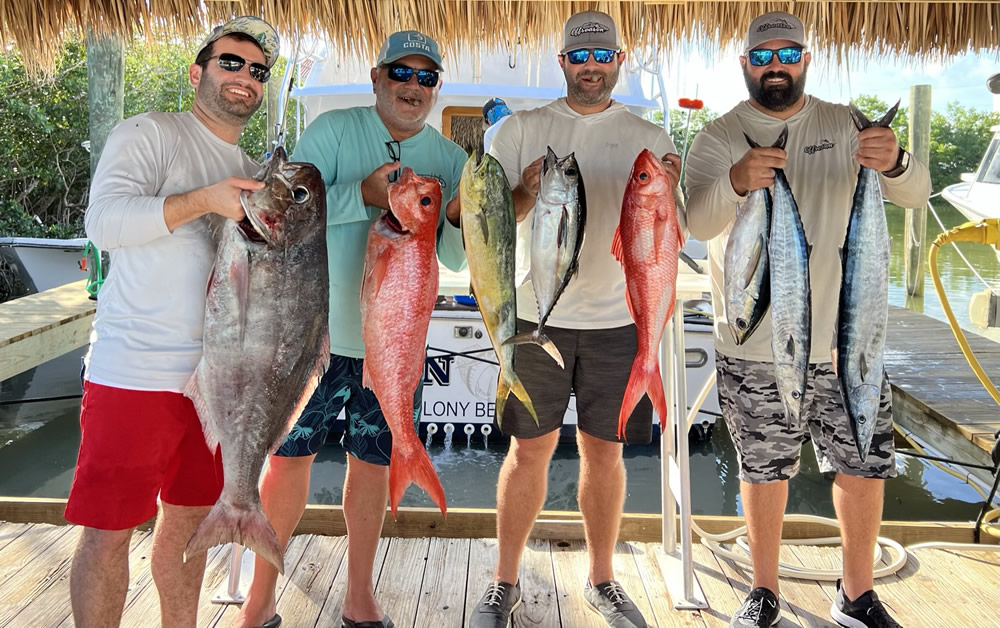 When the water is calm we love to deep drop for Queen Snapper and Barrelfish!

Since it’s bait season, we have been heading out to the Marathon Hump with loads of pilchards in our livewells. By drifting and chumming with the live bait, we can raise the larger Blackfin Tunas from the deeper parts of the water column. This technique has proven prosperous lately as long as there aren’t a bunch of large sharks following the boat, eating the Tunas our clients are trying to reel in. 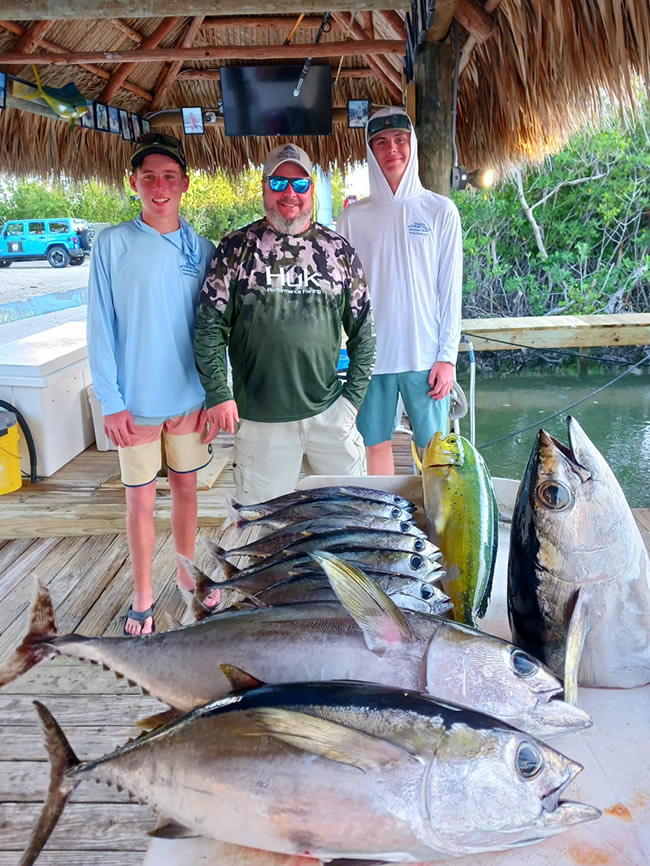 We have been catching Blackfin Tuna at the Marathon Hump.

The reef and wrecks have been a lot of fun as well. Catching smaller fish like Yellowtail Snapper is an absolute blast for visiting families and great for getting the kids involved. Wreck fishing is an excellent option to hunt a big fish after the boat is loaded with those tasty Yellowtail Snappers for dinner. 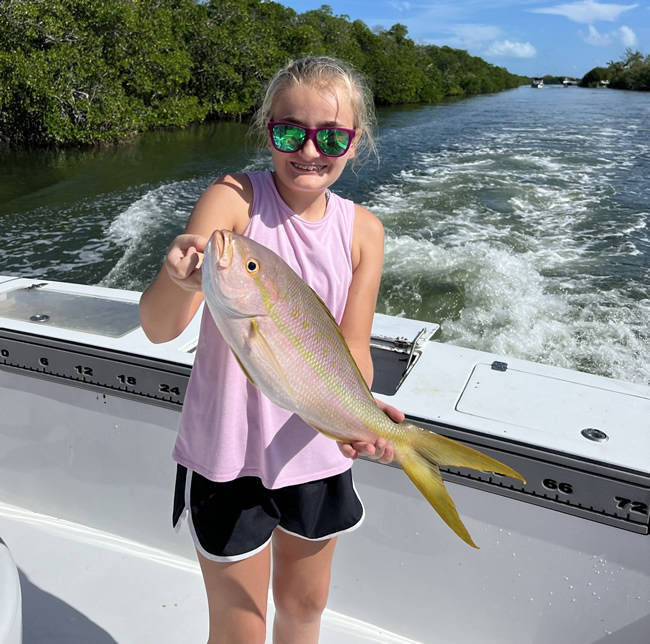 Young ones love to catch Yellowtail Snapper on the reef in the winter.

On the days the wind is blowing right, we have been flying kites while anchored on the reef to target Kingfish, Spanish, and Cero Mackerel. As a bonus, the bait is close to shore and plentiful this time of year, which can bring Sailfish, Tuna, and the occasional Mahi in our kite spread. 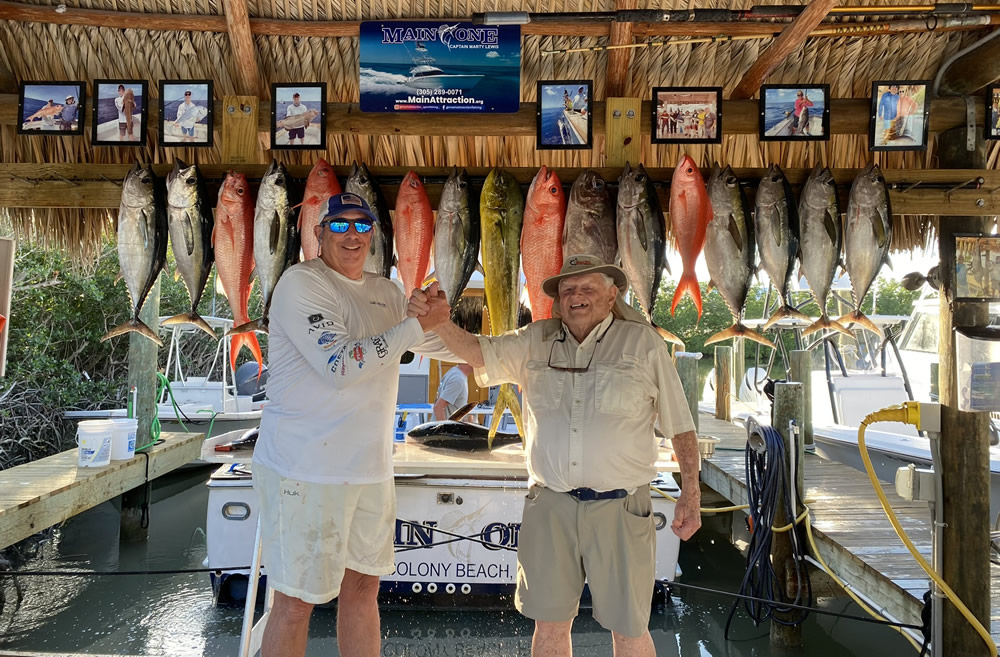 Mark Busch (left) and Mr.Cookie(right) put together a great catch aboard the Main One.

The Florida Keys offers an incredible mixture of fishing opportunities this time of year, and right now, all of them seem to be firing, which is a blessing. We would love to take you out there to experience what wintertime fishing in the Florida Keys has to offer. If you are interested in booking a trip, call us at 305-289-0071 or visit our contact page. 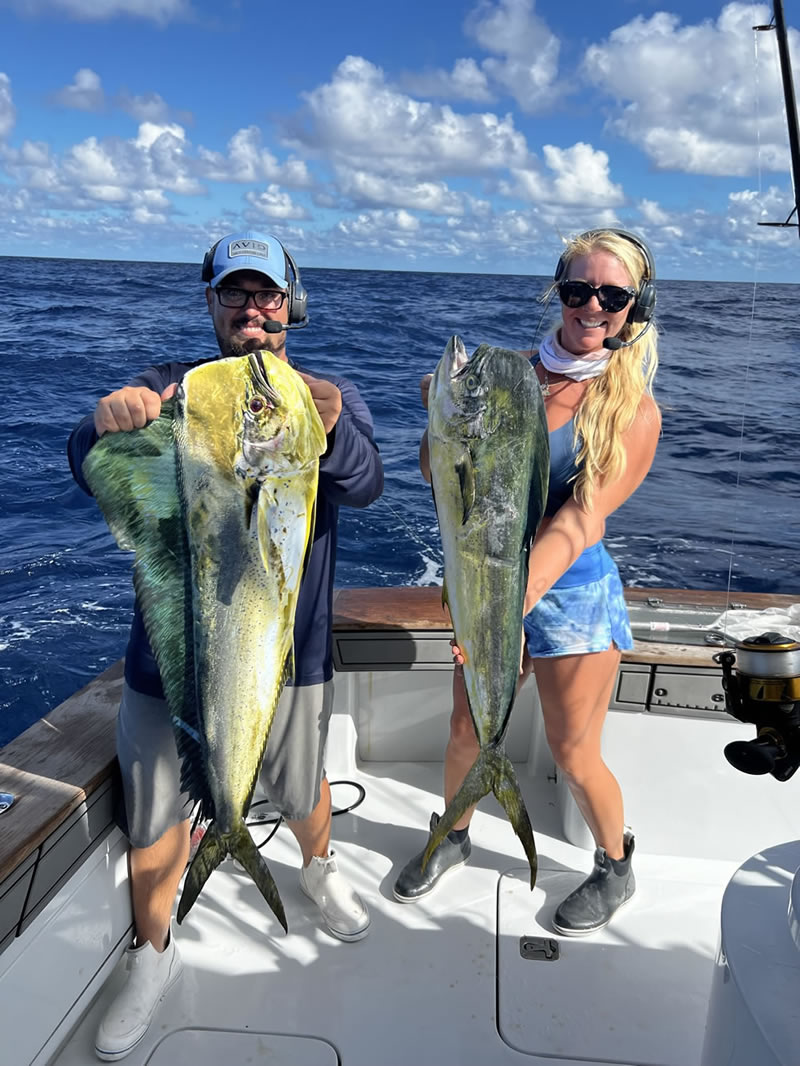 This year’s Dolphinfish migration is over, but we are still catching a few here and there.